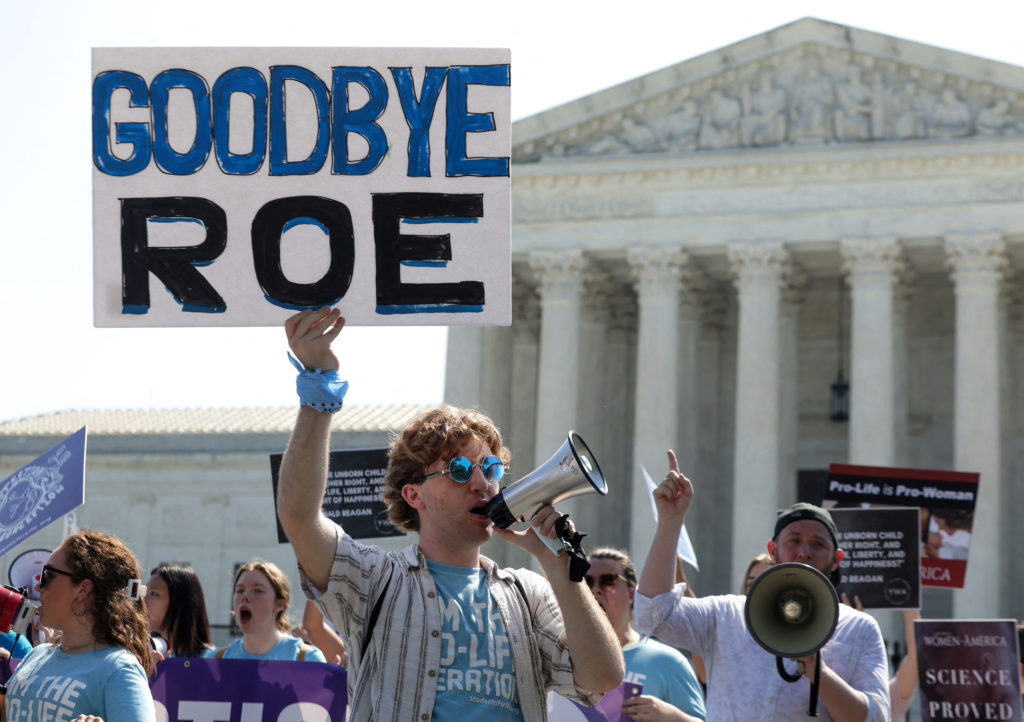 The Supreme Court in a 6-3 decision on Friday overturned Roe v. Wade, the landmark ruling that established the constitutional right to abortion in the U.S. in 1973.

The court’s controversial but expected ruling gives individual states the power to set their own abortion laws without concern of running afoul of Roe, which for nearly half a century had permitted abortions during the first two trimesters of pregnancy.

Almost half the states are expected to outlaw or severely restrict abortion as a result of the Supreme Court’s decision. Other states plan to maintain more liberal rules governing the termination of pregnancies.

Justice Samuel Alito, as expected, wrote the majority opinion that tossed out Roe as well as a 1992 Supreme Court decision upholding abortion rights in a case known as Planned Parenthood v. Caseys. He was joined in that judgment by the five other conservatives on the high court, including Chief Justice John Roberts.

The court’s three liberal justices filed a dissenting opinion to the ruling.

“We hold that Roe and Casey must be overruled,” Alito wrote.

“The Constitution makes no reference to abortion, and no such right is implicitly protected by any constitutional provision, including the one on which the defenders of Roe and Casey now chiefly rely — the Due Process Clause of the Fourteenth Amendment,” Alito wrote. “That provision has been held to guarantee some rights that are not mentioned in the Constitution, but any such right must be ‘deeply rooted in this Nation’s history and tradition’ and ’implicit in the concept of ordered liberty.”

“It is time to heed the Constitution and return the issue of abortion to the people’s elected representatives,” Alito wrote.

The case that triggered Roe’s demise after nearly a half-century, known as Dobbs v. Jackson Women’s Health Organization, is related to a Mississippi law that banned nearly all abortions after 15 weeks of pregnancy.

Dobbs was by far the most significant and controversial dispute of the court’s term. It also posed the most serious threat to abortion rights since Planned Parenthood v. Casey, in which the Supreme Court reaffirmed Roe.

The early May leak of a draft of the majority opinion, which completely overturned Roe, sent shockwaves across the country and galvanized activists on both sides of the debate. It also cast a pall over the nation’s highest court, which immediately opened an investigation to find the source of the leak.

The publication of the court’s draft opinion, written by Alito, sparked protests from abortion-rights supporters, who were outraged and fearful about how the decision will impact both patients and providers as 22 states gear up to restrict abortions or ban them outright.

The leaked opinion marked a major victory for conservatives and anti-abortion advocates who had worked for decades to undermine Roe and Casey, which the majority of Americans support keeping in place.

But Republican lawmakers in Washington, who are hoping to win big in the November midterm elections, initially focused more on the leak itself than on what it revealed. They also decried the protests that formed outside the homes of some conservative justices, accusing activists of trying to intimidate the court.

The unprecedented leak of Alito’s draft opinion blew a hole in the cloak of secrecy normally shrouding the court’s internal affairs. It drew harsh scrutiny from the court’s critics…