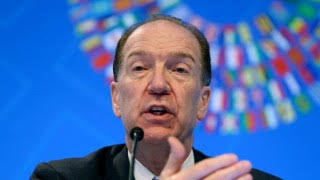 South Dakota Gov. Kristi Noem (R) on Sunday said doctors who perform abortions will be targeted for prosecution in her state after a new trigger law went into effect following the Supreme Court’s overturning of Roe v. Wade on Friday.

Noem told CBS “Face the Nation” host Margaret Brennan that while South Dakota would charge doctors who violate the abortion ban, the state will not prosecute mothers.

“We’ll continue to have those debates on how we can support these mothers and what it means to really make sure we are not prosecuting mothers ever in a situation like this,” she said. “It will always be focused toward those doctors who knowingly break the law to perform abortions in our state.”

With Roe overturned, states can now enforce bans or increase restrictions on abortions. South Dakota has a trigger law that immediately went into effect and banned abortions in the state following the lifting of the precedent.

In South Dakota, abortions are illegal and performing the operation is now a felony unless it will save the life of the mother. There are no exceptions for rape or incest.

Noem also said she would seek to ban telemedicine appointments for…

Doctors who perform abortions will be targeted for prosecution, South Dakota governor says

X
Democratic, Republican strategists weigh implication of Supreme Court abortion r…United StatesPolitical experts sound off on the Supreme Court's ruling to vertuinr Roe v. Wade and the implications it will have on the midterm elections.The Supre…