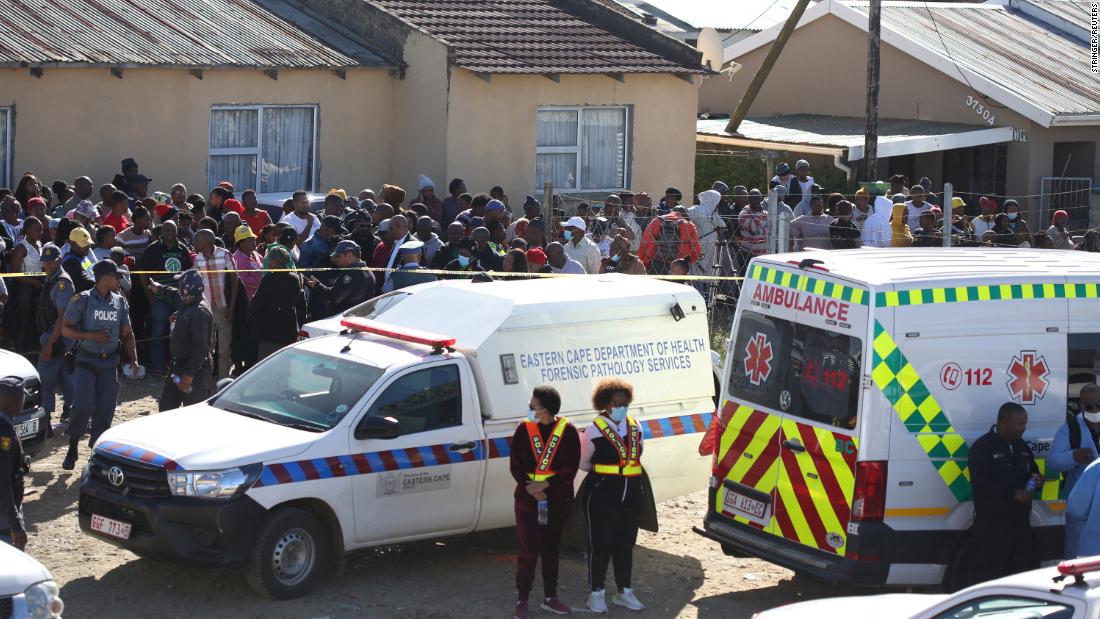 Four people in South Africa’s East London town remain in critical condition after attending a party that turned tragic. The Eastern Cape Premier’s office tells CNN that the four remain under observation in hospital and authorities are waiting to question them.

Investigations continue into the cause of the death of the minors, the youngest of whom was only 13.

Rantjie says the owner of the tavern has not been arrested but the province’s Liquor Board will shut down the pub Monday to allow for investigations to be completed.

South African Police said Sunday that it is deploying ‘maximum resources’ to investigate the circumstances surrounding the death of the teenagers at the tavern.

South Africa’s President Cyril Ramaphosa expressed his condolences to the families of the victims.

“While the President awaits more…

Back to Top
Close
X
South African police seek clues after 21 teens die in bar…AfricaPolice in South Africa were combing a township tavern for evidence on Monday after the mysterious death of 21 teenagers after a night out.Most of the …

X
Anger, tears in South Africa after 21 teens likely accidentally poisoned in pub…AfricaReutersSouth African mourners expressed anger and despair on Monday at the death of 21 teenagers in a tavern over the weekend, as investigating author…