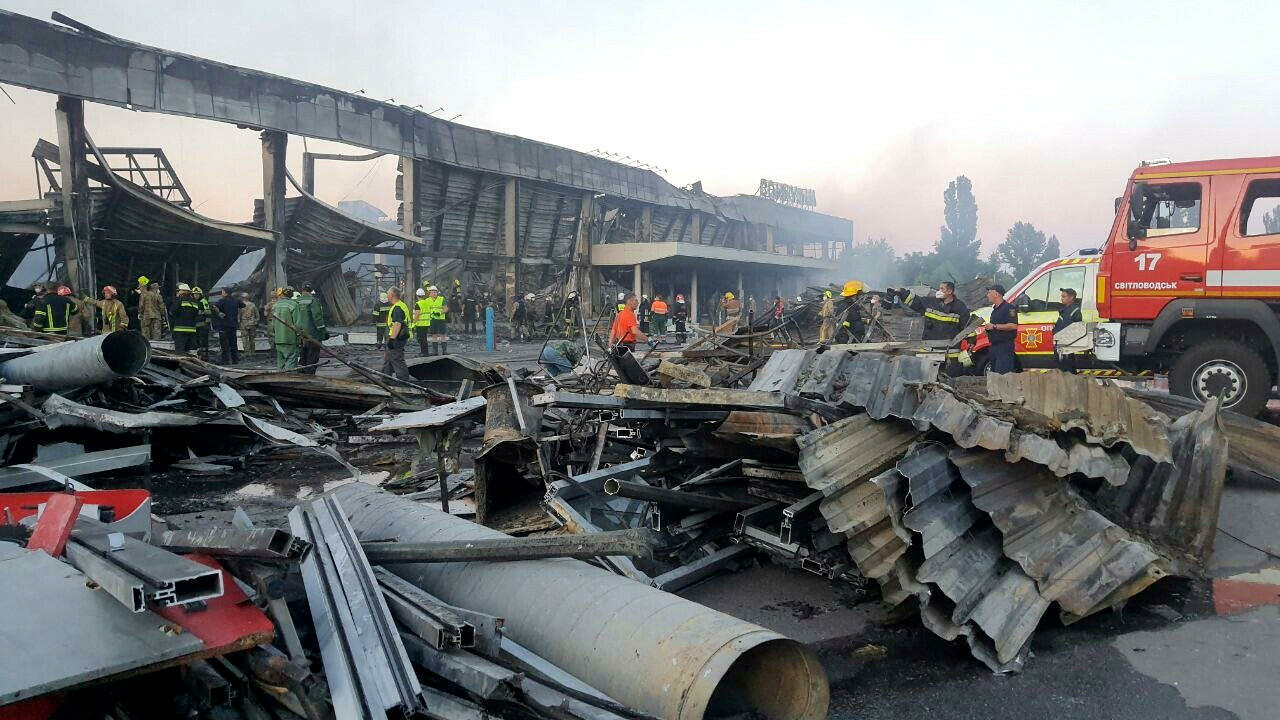 Ukrainian President Volodymyr Zelensky denounced a missile strike on a crowded mall in the city of Kremenchuk on Monday as a ‘brazen terrorist act’ as the death toll rose to at least 13. G7 leaders promised to support Ukraine ‘for as long as it takes’ while the US said it was close to finalising a weapons package for Kyiv. Follow our liveblog for the latest developments. All times are Paris time, GMT+2.

French President Emmanuel Macron on Monday denounced Russia’s deadly strike on a shopping centre in Kremenchuk, Ukraine, as an “abomination”, amid growing international outrage at the attack.

“Russia’s bombing of a shopping centre in Kremenchuk is an abomination,” he tweeted. “We share the pain of the victims’ families, and the anger in the face of such an atrocity. The Russian people have to see the truth.”

Ukraine’s President Volodymyr Zelensky denounced Monday’s missile strike on a shopping centre in the city of Kremenchuk as a “brazen terrorist act”, as the death toll rose to 13.

Zelensky was speaking after reports of two other strikes in the east of the country Monday that killed at least 12 civilians in all, as officials there accused Moscow of deliberately targeting civilians.

“The Russian strike today on the shopping centre in Kremenchuk is one of the most brazen terrorist acts in European history,” Zelensky said in his evening broadcast posted on Telegram.

Earlier, Ukraine’s defence ministry said the Kremenchuk strike had been deliberately timed to coincide with the mall’s busiest hours and cause the maximum number of victims.

A Russian strike killed at least eight civilians in the eastern Ukrainian city of Lysychansk on Monday, said the governor of Luhansk region, Serhiy Gaidai.

It followed deadly strikes earlier in the day on a shopping centre in the central city of Kremenchuk and in the eastern city of Kharkiv.

“Today in Lysychansk, the Russians fired on a crowd of people with Uragan multiple rocket-launchers, as civilians were collecting water from a cistern,” Gaidai posted on Telegram.

“Eight residents are dead, 21 have been taken to hospital,” he said.