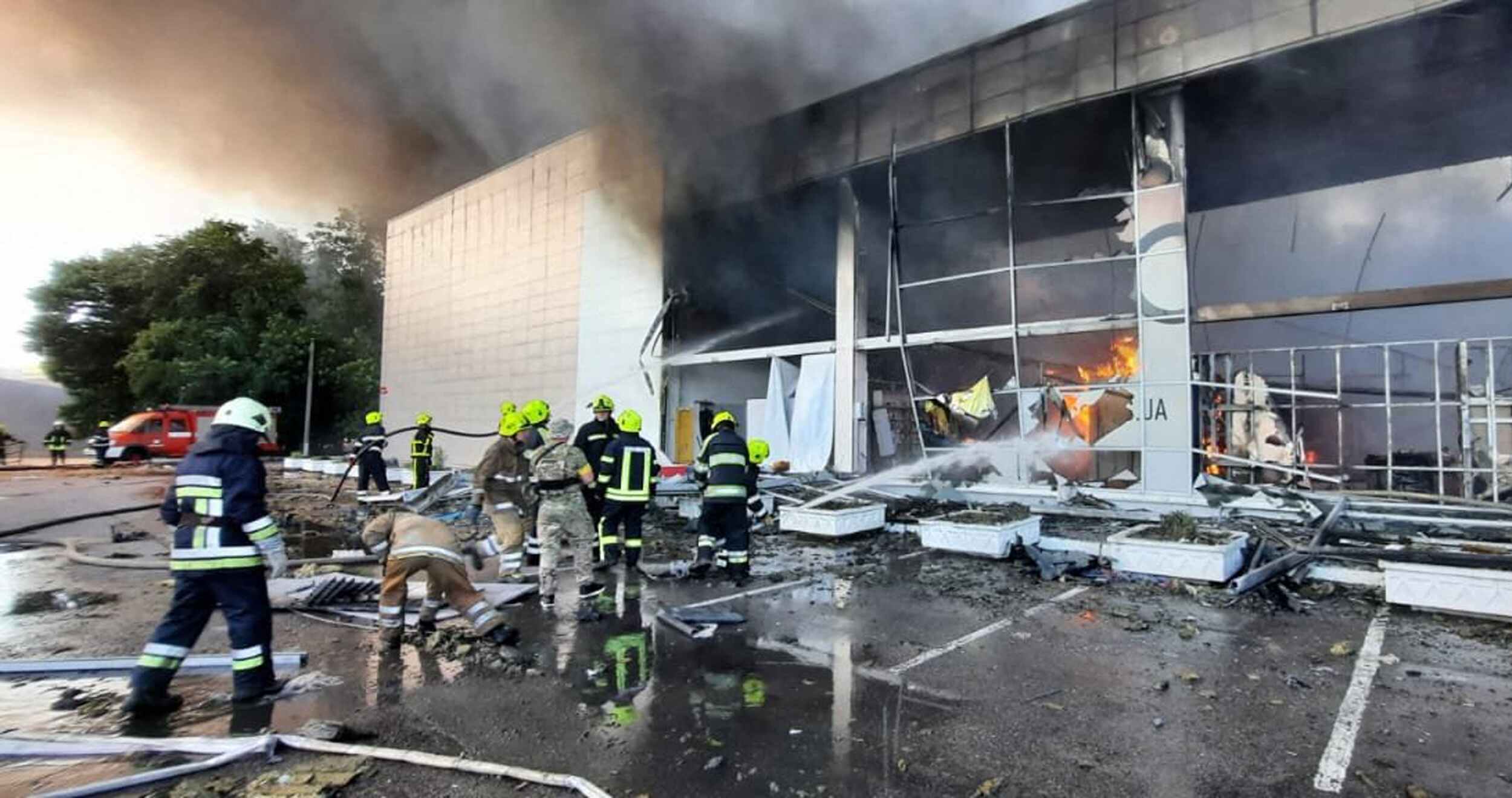 Ukraine said it feared scores of civilians might be dead or injured after a Russian missile strike hit a crowded shopping mall in the center of the country Monday.

More than 1,000 people were inside at the time of the rocket attack, President Volodymyr Zelenskyy said.

“The number of victims is impossible to imagine,” he added in a post on the Telegram messaging app, sharing video that showed plumes of gray smoke rising above a building that was consumed in flames as people and first responders ran in front of it.

The apparent attack hit a shopping center in Kremenchuk, a city in the Poltava region on the banks of Ukraine’s Dnieper River. Dmytro Lunin, head of the Poltava region, said at least 13 people were killed and more than 40 others were injured.

“It is too early to talk about the final number of the killed,” he said as night fell in Ukraine.

Standing inside the smoking rubble of what was once a supermarket, Anton Herashchenko, an adviser for the Ministry of Internal Affairs, said rescuers were digging through what remained of the roof to find potential survivors.

“Rescue workers are underway to save people who just came to buy groceries,” he said, lifting the camera to show dozens of people frantically shoveling and sawing in to the blackened debris.