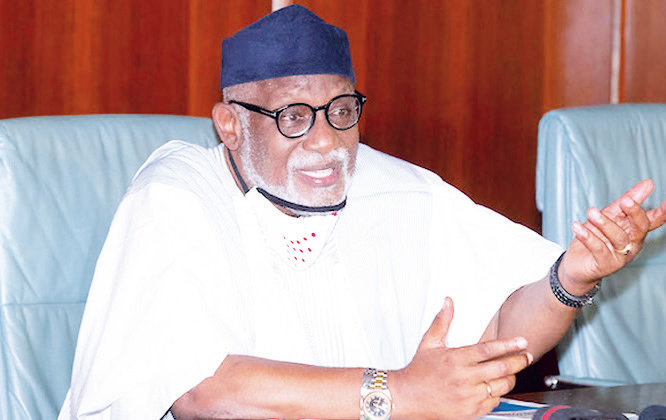 Akure – Governor Oluwarotimi Akeredolu of Ondo State has declared his support for Zamfara State governor, Bello Matawalle, on his approach to tackle insecurity in his state.

Following increase in the activities of bandits in various parts of the state, Zamfara government directed individuals to prepare and obtain guns to defend themselves against bandits that have occupied almost all parts of the state.

The statement read in parts: “The governor of Ondo State, Arakunrin Oluwarotimi  Akeredolu, SAN, commends the boldness of his brother governor, Bello Matawalle, in his bid to confront the security challenges in his state, adopting a pragmatic approach.

“The government and the people of Zamfara State have been pushed to the wall. The feeling of despondency is pervasive in the land. We must, however, advise caution.

The directive of the state governor to the commissioner of police to issue licences to qualified citizens to bear arms in the defence of their immediate environments and the state in general is commendable.

“But the NSA and Inspector- General of Police may have to issue licence to possess a certain category of arms.

No such licences have been issued to individuals since 2007 while those which existed had been revoked.

Therefore, this directive, attractive and compelling in the current circumstances, may be stifled by existing federal arrangement.

“The governor notes, with great…