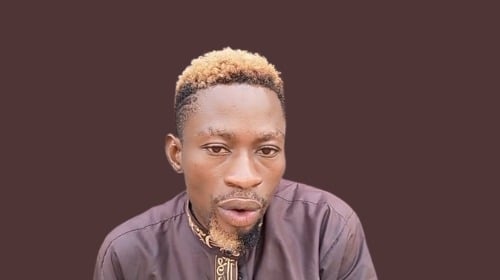 The comedian and vlogger, Chukwu Emeka, popularly known on social media as Broda Mike, who was arrested by the Department of State Services on June 14, in Benin City, Edo State, is to be detained till July 7, 2022.

The lawyer to the comedian identified simply as Mr. Obo, confirmed to The PUNCH in a telephone conversation, Tuesday, that the DSS had a court order to detain Chukwu till July 7. This would make it 23 days from the day he was arrested.

“There is a court order remanding the guy. Until that time expires, there’s no way they can release him. He’s in custody based on the court order,” he said, adding that his remand till July 7 was an order from the Criminal Court two, Edo State.

The lawyer, upon his visit to him, also noted that the comedian was fine.

The PUNCH reported that the comedian, Broda Mike, had been posting videos on his social media page, most of which were recently addressing poor governance, and insecurity, among others.

Efforts to reach the Edo State Spokesperson for the DSS proved abortive. Meanwhile the DSS Spokesperson at its headquarters in Abuja, the Federal Capital Territory, Peter Afunanya, who had not spoken in detail on the arrest of the comedian, only shared a video of Broda Mike with our correspondent.

In the video, Broda Mike was seen reporting on a communal clash that had reportedly taken pla…