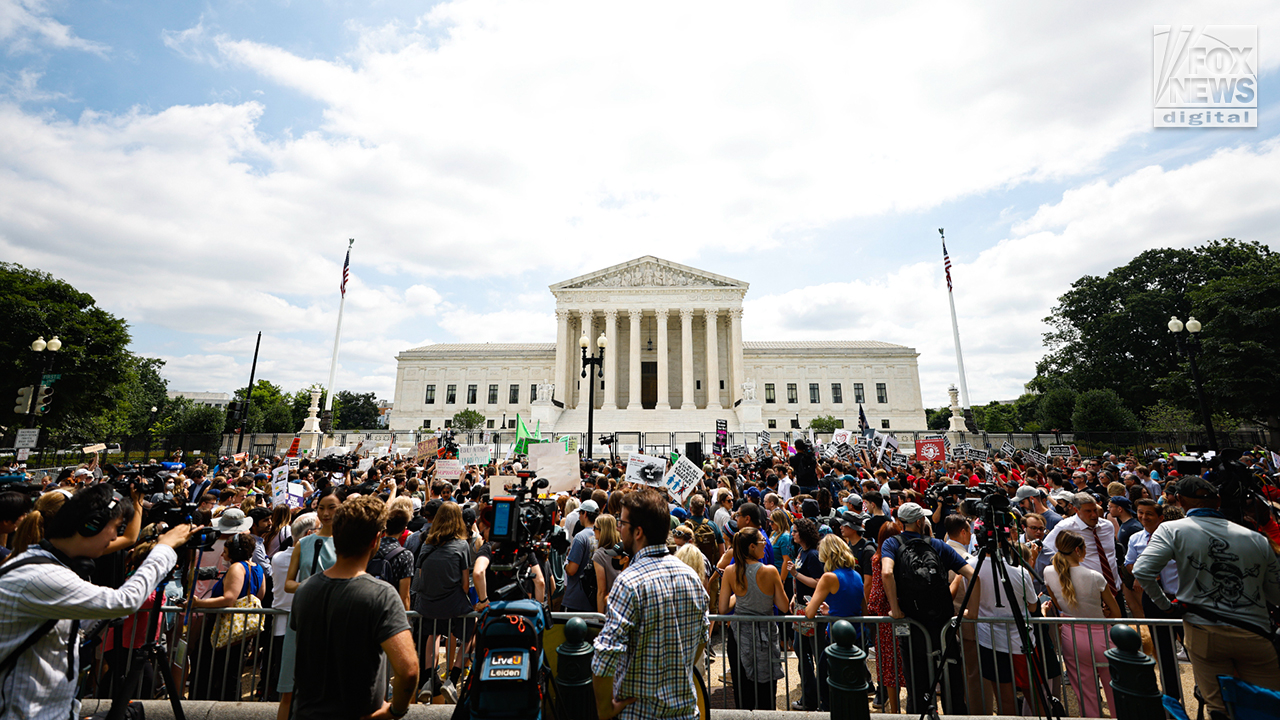 It feels like the country is being torn apart.

Or, as the Atlantic put it, becoming two nations sharing the same geographic space.

I’ve been around long enough to remember the national traumas of Vietnam and Watergate, of 9/11 and Iraq, of four impeachments against three presidents.

And yet, after a weekend of nationwide protests, this is different.

Hundreds of people gathered outside the Supreme Court awaiting the Dobbs ruling. America is now literally divided–this has moved beyond metaphor–into states where abortion is banned and states where it is legal.
(Joshua Comins/Fox News)

The latest era of polarization began with the tumultuous Trump presidency, and deepened during the pandemic, when the question of getting vaccinated split the country into red and blue camps. It deepened further when Donald Trump insisted the 2020 election had been stolen, and with the riot of January 6th – leading to the latest hearings in…

Roe rage: Why America is angry and the media are outraged over abortion ruling