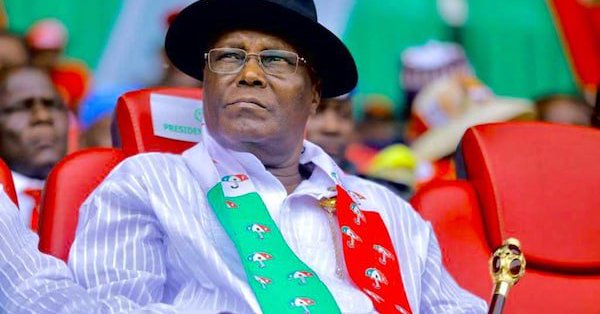 Atiku Abubakar is entangled in a web of controversies, roughly one month after clinching the ticket of the main opposition Peoples Democratic Party (PDP) for the second consecutive presidential election.

The complex crises ricocheting on the front burner of national discourse concern moral standing, zonal propriety and the democratic style of the PDP candidate.

The Benue State governor, Samuel Ortom, and former Ekiti State governor, Ayodele Fayose, Wednesday landed uppercuts on Mr Abubakar’s presidential quest. While Mr Ortom criticised him for not choosing Rivers Governor Nyesom Wike, the candidate overwhelmingly recommended by a 17-member advisory committee of which the Benue governor was a member, as his running mate, Mr Fayose emphatically reaffirmed his commitment to power shift to the southern half of Nigeria in 2023.

Mr Ortom accused the candidate of failing to honour the democratic choice in the selection of his running mate. He also berated him for failing to reach out to Mr Wike and other aggrieved members of the party after picking Delta State governor, Ifeanyi Okowa, for the slot.

Mr Ortom, who spoke in an interview on Arise TV, said he was waiting for God’s direction on whether to campaign for his party’s presidential candidate or not.

On his own part, Mr Fayose, through his verified Twitter handle, stated that it was important for power to return to the South after the eight-year rule of President Muhammadu Buhari, who is from Katsina State in the North-west geopolitical zone.

Since his emergence as the PDP candidate against the grain of the rotational understanding, Mr Abubakar has been carrying the moral hunch of running away with a ticket that ought to have been held by someone from the southern part of the country. As the incumbent president, the opposition candidate is a Fulani-Muslim from the defunct Northern Region.

Nigeria, as a single entity, was formed through the amalgamation of the Southern and Northern protectorates of the British colonial empire on January 1, 1914. Based on a common understanding anchored on the need to foster unity and inclusiveness among the citizenry, the PDP enshrined rotation in its constitution.

Mr Fayose in his tweet harped on that provision when he contended that: “The PDP Constitution provides for a rotational Presidency. Section 3(c) provides that the party shall pursue its aims and objectives by ‘adhering to the policy of the rotation and zoning of party and public elective offices in pursuance of the principle of equity, justice and fairness.”

He added: “The current President of Nigeria is a 2-term Northern Presidency, thus implying that it MUST be a Southern Presidency in 2023 or NOTHING. Awa ‘South’ lo kan’. Nigerians should await details soon.”

In a complex country like Nigeria, with more than 250 ethnic groups, this scenario may weigh against Mr Abubakar when all the variables and analytics are put on the table in the approach to the 2023 general elections.

However, the zoning brouhaha is by no…