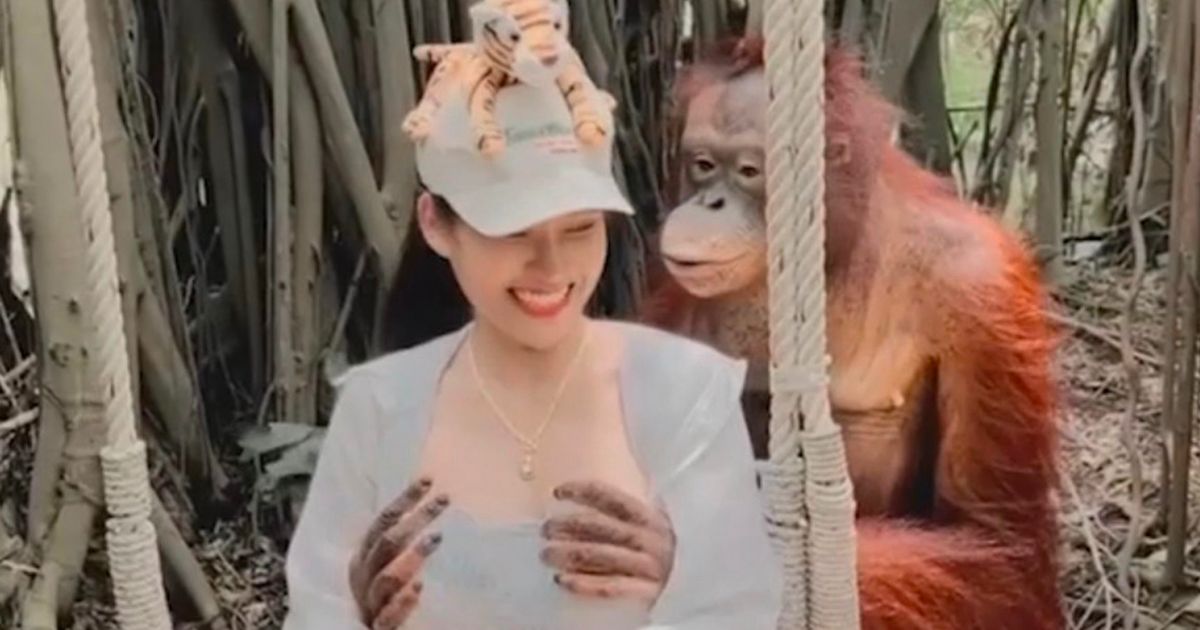 A woman got more than she bargained for when visiting a zoo after an orangutan grabbed her breasts and pecked her on the cheek.

Tourists were left amused after the orangutan fondled the woman before kissing her on the cheek and flashing a childish grin at surprised onlookers.

It happened on June 27 at Safari World in Bangkok, Thailand – a zoo that has come under fire before for how it treats its animals with some calling for it to be shut down.

Safari World once hosted an event that saw orangutans boxing each other as other apes stood outside the ring while banging drums and dancing in bikinis, the New York Post reported in 2017.

Once they reach maturity, orangutans usually like spending most of their time alone as opposed to in groups.

Back to Top
Close
X
Father ‘murdered’ teenage daughter ‘by driving over her twice in a rage’…Last PostIndependentA father killed his 19-year-old daughter by running over her twice as she screamed in agony, a court heard.Nigel Malt, 44, is said to have …

Bold orangutan gropes woman's breast,kisses her as they pose for photo at controversial zoo