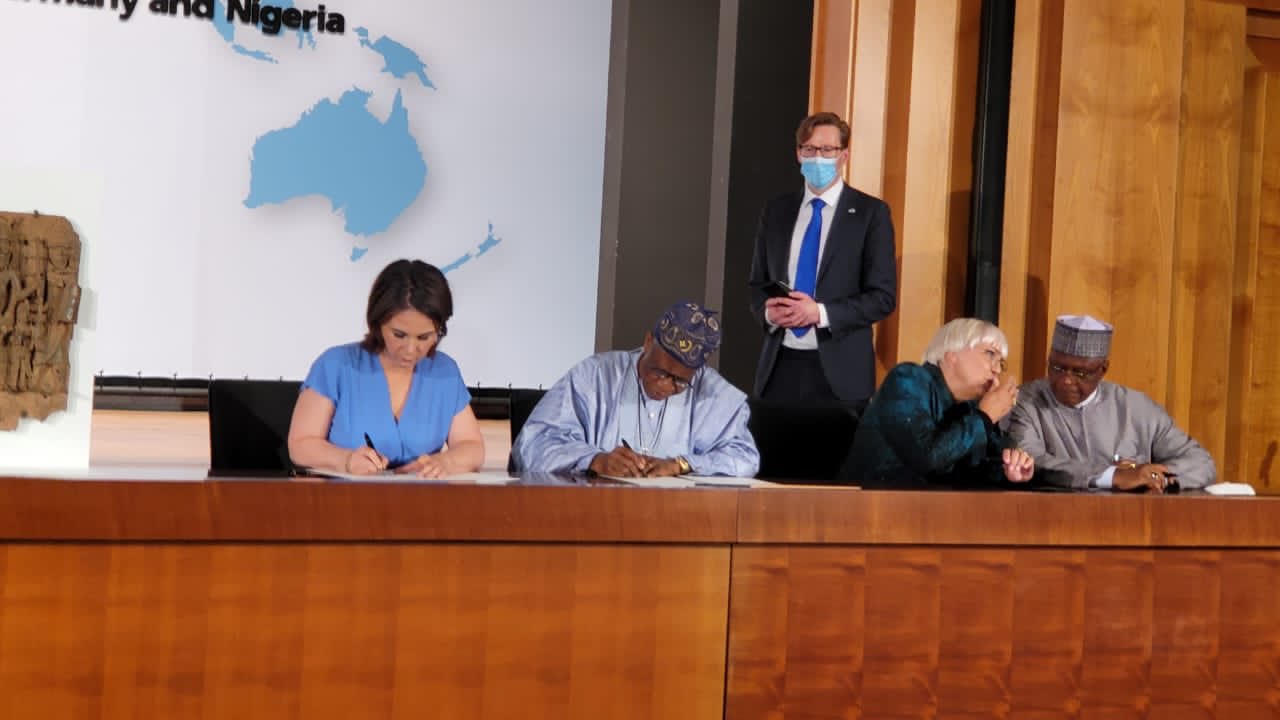 The Nigerian government on Friday in Berlin signed a declaration that will see the return of 1,130 Benin Bronzes from Germany.

According to a press release by the Nigerian Ministry of Information and Communication, the historic joint declaration will pave the way for the return of bronzes 125 years after they were looted from the ancient Benin Kingdom during the Benin Expedition of 1897.

Speaking at the signing event, Nigeria’s minister of information and communication, Lai Mohammed, described the planned return as the ”single largest repatriation of artefacts anywhere in the world.”

According to Mr Mohammed, Germany has taken the lead in correcting the wrongs of the past by agreeing to return the looted artefacts.

He said though Nigeria was never a German colony, many of the artefacts seen in German public institutions got there via trade and donations.

Back to Top
Close
X
Again, bandits kill seven soldiers in TarabaHeadlinesDaily Post No fewer than seven soldiers have been reportedly killed by bandits in Karim-Lamido Local Government Council of Taraba State.The killi…