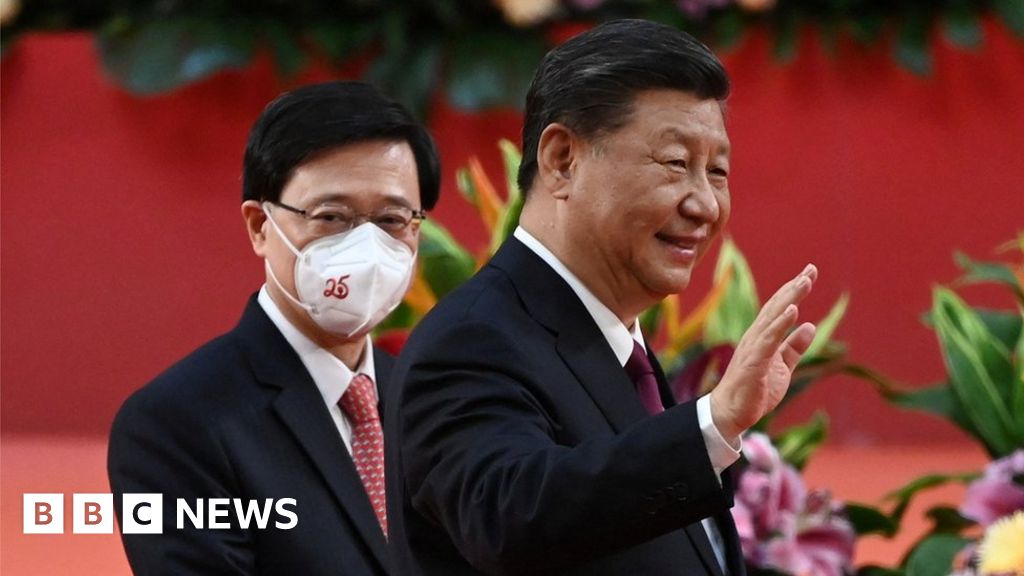 The Chinese leader mounted a stern defence of the political system in a speech in Hong Kong, following recent international criticism.

Hong Kong is marking 25 years since Britain returned the city to China.

It is under tight security as it hosts Mr Xi, who is on his first trip outside of the mainland in two years.

Under “one country two systems”, Hong Kong is supposed to be governed in a way that gives it a high degree of autonomy and protects freedom of speech and assembly, and other rights not found in mainland China.

But in recent years China has been criticised for increasing its control of Hong Kong and enacting laws and reforms that stifle free speech and dissent.

The “one, country two systems” principle arose out of an agreement between Britain and China and is enshrined in law in Hong Kong. The protections run out in 2047, a deadline which many in Hong Kong have long been worried about.

On Friday Mr Xi said it “must be adhered to over the long run” – the clearest sign yet that China intends to preserve the political model, which critics say has already been compromised to suit Beijing.

Flanked by the Chinese and Hong Kong flags on stage, Mr Xi defended the system as having worked in protecting Hong Kong’s prosperity and stability as well as China’s “fundamental interests” in the past 25 years.

“‘One country two systems’ has been tested and proved time and again, and there is no reason to change such a good system,” he said, to applause from the audience comprising mostly of the city’s pro-Beijing elite.

He added the system had the “unanimous endorsement” of residents along with “widespread approval” by the international community, and that Hong Kong’s “true democracy began” when it returned to China…

Back to Top
Close
X
Putin vows to ‘accelerate’ unification of Russia, Belarus in response to threat from ‘collective wes…World NewsNational ReviewRussia and Belarus are being pushed to “accelerate the unification processes” in response to political pressure and sanctions from the …