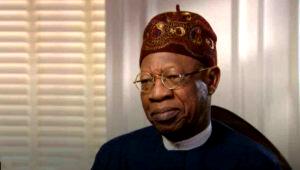 The Federal Government says many of the1,130 looted Benin Bronzes  to be repatriated to Nigeria from Germany got to German public institutions via trade and donations

The Minister of Information and Culture, Alhaji Lai Mohammed said this on Friday in Berlin during the signing of a historic joint declaration between Nigeria and Germany.

The signing of joint declaration according to the minister, will pave the way for the return of the 1,130 Benin Bronzes to Nigeria,

A statement issued on the ceremony in Berlin made available to newsmen in Abuja, said that Mohammed, and the Minister of State for Foreign Affairs, Ambassador Zubairu Dada signed for Nigeria.

In the statement signed by Mr Segun Adeyemi,  the Minister of Foreign Affairs of Germany, Ms Annalena Baerbock, and the Minister of State for Culture and Media, Ms. Claudia Roth, signed for Germany.

How 1,130 looted Benin Bronzes got to Germany – FG

X
God has assured me of eight years as Osun governor: Oyetola…Live NotesPeoples Gazette Governor Gboyega Oyetola on Friday expressed confidence that he will emerge victorious in the July 16 Osun governorship election. “My …