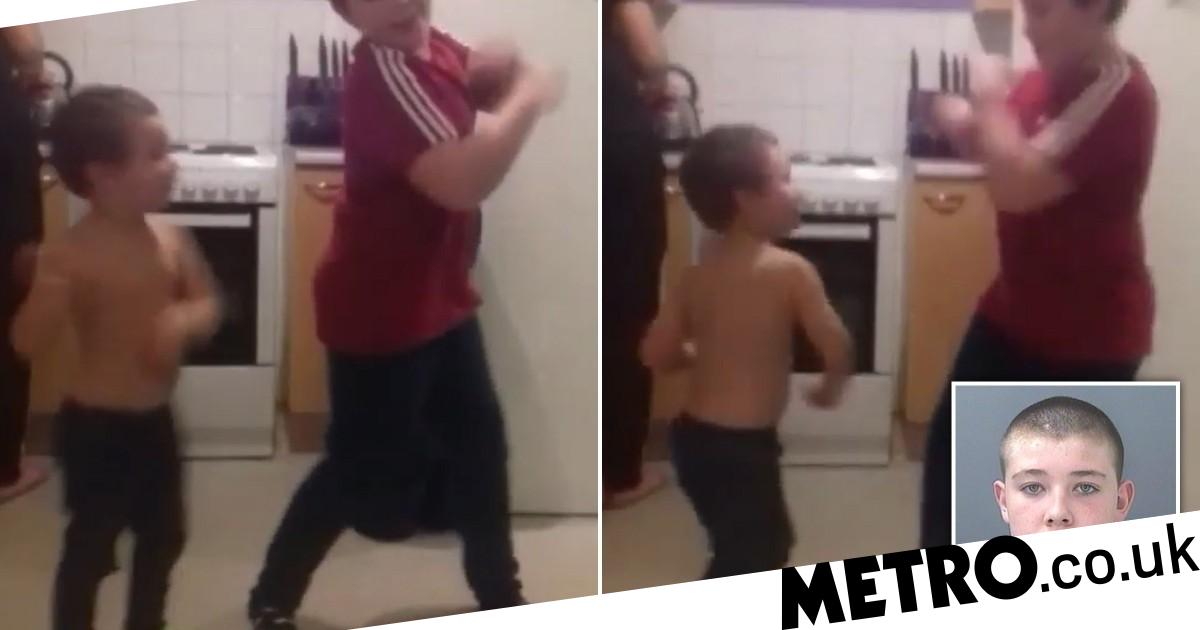 Logan Mwangi’s body was found dumped in a river in July last year, just 250 metres from the family home, in Bridgend, South Wales.

He was covered in cuts, bruises and ‘catastrophic’ internal injuries which experts said could only have been from a ‘brutal and sustained assault’.

In the months leading up to his death, Cardiff Crown Court heard how he’d been ‘dehumanised’.

He was wetting himself more frequently, he’d started self harming, and his stammer became much worse.

Mulligan, 14, had automatic anonymity due to his age, but the judge decided it was in the public interest to reveal his identity.

Mrs Justice Jefford said ‘there is a significant gap in any understanding of this case’ if Mulligan was not named.

The teen, who murdered Logan and helped dumped his body, was given a sentence of life detention with a minimum term of 15 years.

His former foster parents described him as ‘pure evil’ and had recently begged social services to take him away from them.

Mulligan is the son of Cole’s ex-partner and got to know Logan when Williamson began dating his dad.

Harrowing footage posted on Instagram shows the two children dancing to Mariah Carey’s ‘All I want for Christmas is You’ – seemingly getting along.

A smiling Logan can be seen copying his stepbrother’s moves and waving his arms around in time.

The video was posted on Instagram on December 11, and Logan’s body was discovered on July 31 last year, the Sun reports.

Mulligan’s mum, Rebecca Trudgill, was in a relationship with Cole for over 10 years before their relationship ended in 2019.

Cole had met Williamson and Mulligan was taken into foster care after his mum faked a cancer diagnosis.

Due to his criminal convictions, Cole was banned from unsupervised contact with children.

But he applied for parental rights of his stepson in May 2020 and his request was granted just five days before Logan’s death.

X
Tricycle robbers to die by hanging in UyoCrime SceneDaily TrustTwo robbers whose modus operandi is to use commercial tricycles to monitor, rob users of ATM points and banking halls have been appreh…