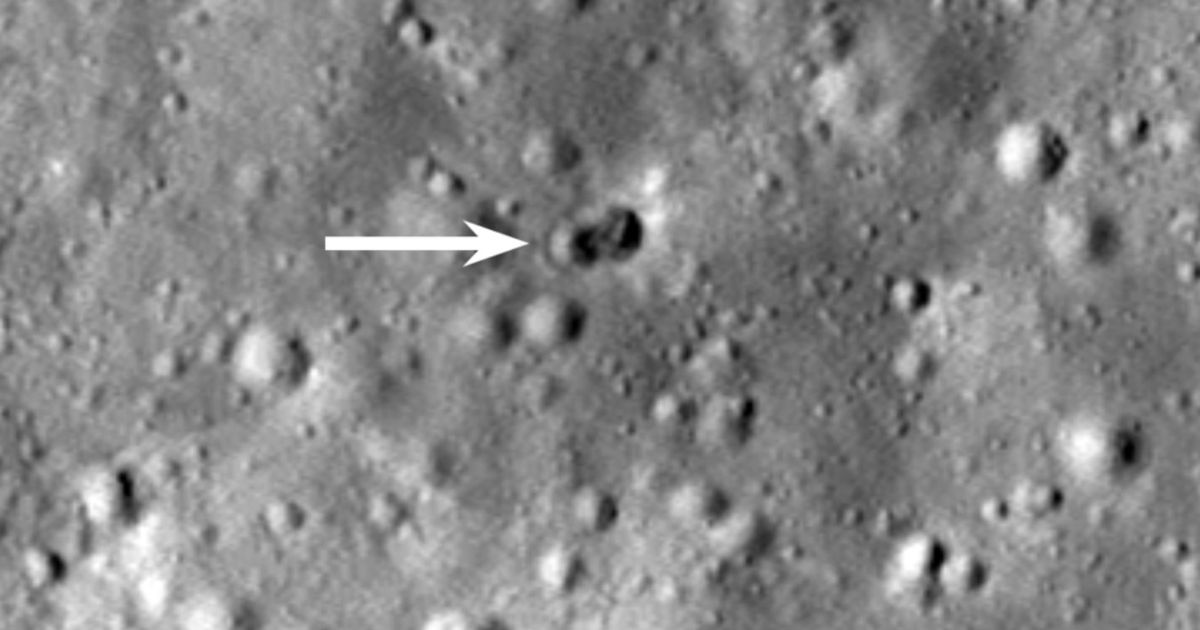 NASA says they are no closer to knowing what the “mystery rocket body” that collided with the moon’s surface earlier this year actually is.

The space agency have been left baffled after discovering the crash site back in March.

They say the impact left behind a widespread “double crater” which was found by its Lunar Reconnaissance Orbiter – and that means it wasn’t an average rocket.

NASA say they know something crashed into the moon on March 4, but it still remains unidentified nearly four months on.

The crash was spotted near the huge Hertzsprung crater on the far side of the moon. They do know it was traveling at roughly 5,7000mph when it struck.

Back to Top
Close
X
Fossils in South African cave reignite debate on origins of humankind…ScienceWashington PostThe study of fossils from the Sterkfontein Caves, which yielded the near-complete skull of a cave woman nicknamed Mrs. Ples, found they…

X
Tech layoffs continue as Zuckerberg warns Facebook employees to brace for “one o…ScienceBy Nickie Louise On Tuesday, June 28, 2020, Tesla laid off hundreds of employees on its Autopilot team and closed its San Mateo office in California. …