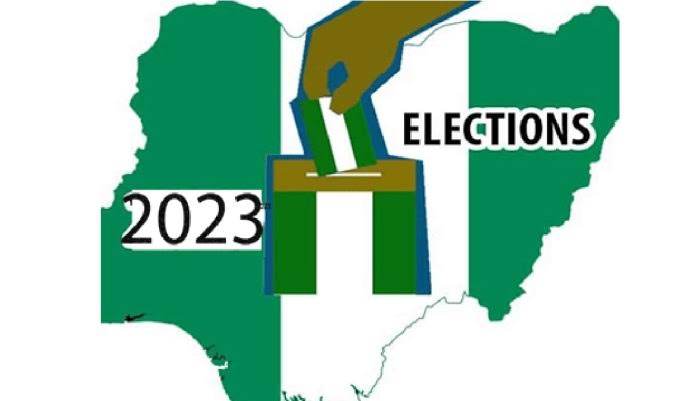 Desperation in politics pursued single-mindedly with a chronically pathological forgetfulness of Isaac Newton’s third law of motion that ‘for  every action, there is an equal and opposite reaction’, and Maria Daniels’ thesis that ‘life has its ups and downs, and problems arise when we want life to be our way when we want it to meet all of our expectations’ – a  characterisation of desperate politicians – is a thunderstorm, whirlwind, whirlpool, rainstorm, hurricane, etc, whose end is indescribably destructive but strangely hailed in a cavalier language as the peak of political strategising and wisdom by those they call desperate politicians in any political engagement.

A sole proprietorship and kingship of the political space these desperate politicians appear to have claimed in a satanic move to skunk and silence the democratically genuine winners of their party primaries.

The political air is now stinking, oppressive, repelling and offensive because desperate politicians have parachuted themselves unto that space as deadly hijackers. Yet, sly, sanctimonious and cunning, many people don’t know them, neither do they know their characterizations – which is why their desperation always surges furiously like a ferocious flood into the political space without restraints.

There is no better way to  dissipate, desecrate, deplete, abuse and prostitute one’s creative energies in reinforcement of the Rosicrucian philosopher Elbert Hubbard’s words ‘motion must equal emotion’ than the desperation of desperate politicians to groundlessly displace their political opponents by whom the desperate politicians were electorally thrashed and swallowed in the primaries of the various political parties when such energies should be intelligently deployed as a solid supportive base for the advancement of the vision of the winners within the same political parties. A canal for generational transformation it becomes for today and tomorrow when the desperate politicians desperately deploy their energies and resources towards the victory of their political opponents in the general elections, having failed the primaries of their political parties in intelligible democratic language electorally communicated and transmitted to them – a development likely to be viewed correctly as an insightful journey and demonstration of intellectual mastery of Timiebi Maika’s teaching on ‘positive energy-reversal’. But will the desperate politicians willingly walk on this safe path of conscious reversal cleared here?

Before and after the party primaries, there are personalities to be watched out in every political party. They are the desperate politicians capable of every stratagem to hamstring fellow contestants who have clearly won the primaries against their fevered imagination of victory when everybody knows that the likelihood of victory sails away from their ideologically chosen channel.

Perhaps, instinctively, some people fear Satan from birth. No! Satan must not be feared! It is the desperate politicians who should be feared because they are far more comparatively deadly, dangerous, destructive and desperate than Satan in their pathological vision to be enthroned as the only kings of the political space even where they have grown too benighted and wingless to master the ‘political aeronautics’ of the political space – which was why they failed their party primaries woefully…

Back to Top
Close
X
It’s good to wait for one’s timeOpinionBy Fola OjoThese life lessons and towering truths I learned over a long stretch of many years. And same I teach anyone whose heart is open to the wisd…

No to desperate politicians

X
If all citizens are to defend themselves, why do we need the state? By Jibrin Ib…OpinionNews Diary OnlineFor over a decade, Nigerians have been contemplating the desirability of self-help against growing violence all over the country. The…