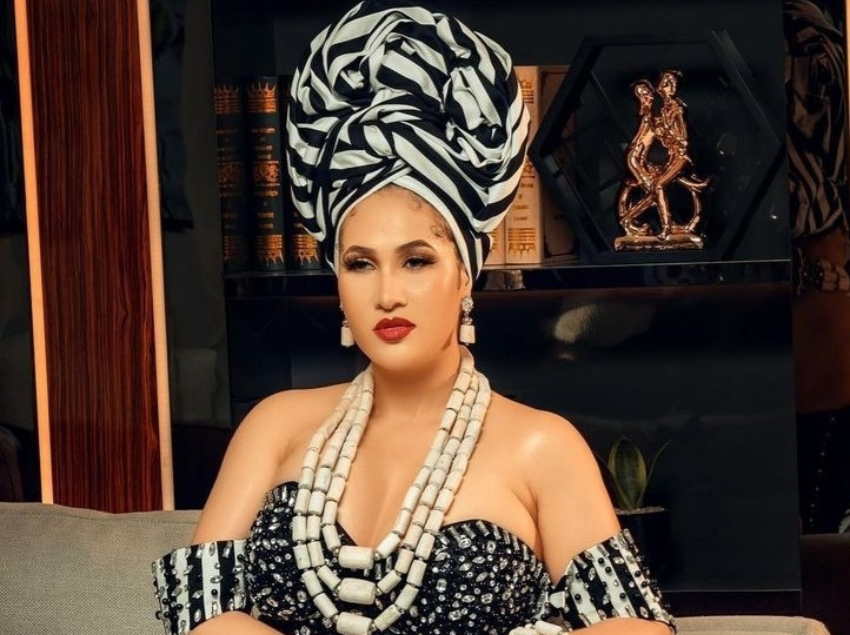 If you thought the show, The Real Housewives of Lagos itself was a lot, well, the reunion is a lot of drama and more. The ladies had a lot to say about each other in the first episode. They revealed so much, including the reason for the sourness between some of them.

During the show, everyone thought Laura was the drama, but now, all the stories from the first episode revolve around Carolyna. The looks on the Housewives’ faces as she makes an entrance also adds to that effect.

Here are some highlights from the first episode of the RHOLagos reunion hosted by media personality Uti Nwachukwu.

We all knew Carolyna and Toyin had history, but we were not expecting all the drama that came as a result of their two months of friendship, as Carolyna says.

According to her, she was friends with Toyin beore the show for two months, and they became close because she had to work on a proposal for Toyin and her artiste.

The friendship eventually goes sour as Carolyna reveals Toyin has accused everyone of sleeping with her ex-husband, who had been abusing her at the time.

Chioma and Carolyna’s lateness to Mariam’s house was a big deal. Iyabo Ojo confronted them during the dinner and the two Housewives apologised.

However, Laura had more to say so she took it to the group chat. That message led to Carolyna revealing that Laura was pimped to a governor in 2017. Laura said she went to sell her book to the then governor at the event.

Chioma still stands by her position that Laura was disrespectful and cleared the narrative that she did not instigate Carolyna. Carolyna says her response was a result of pent-up anger towards Laura…

RHOLagos reunion: Carolyna stands by her damning allegations and more on episode 1