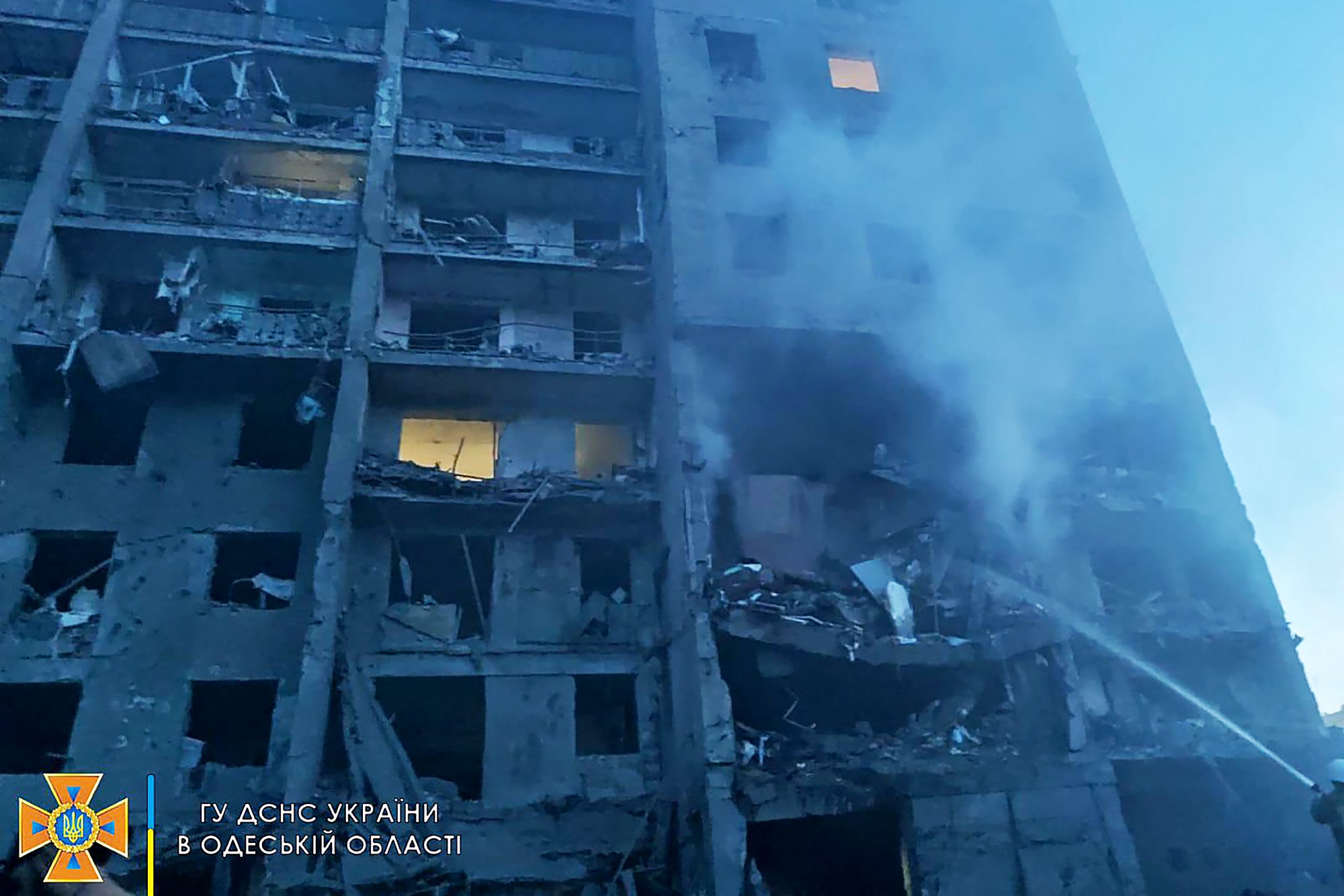 At least 21 people, including two children, have been killed after Russian missiles struck an apartment building and two holiday camps near Ukraine’s Black Sea port of Odesa on Friday morning, Ukrainian authorities have said.

Ukrainian officials told The Independent that at least 18 people perished in the strike on a nine-storey apartment block in the village of Serhiivka, and another three died in a hit on the resort.

A member of Odesa’s military administration said that two children at the resort were in critical condition and the hunt for those who were still missing continued.

In total nearly 40 had been injured, according to Lyubov Hordievska, a spokesperson for Odesa’s regional police force.

A further 41 people have been rescued by the efforts to bring out trapped people from the residential building, where around 152 people live.

A member of Odesa’s military administration, who agreed to speak on condition of anonymity for security reasons, told The Independent that Russia launched five Kh-22s – long-range anti-ship missiles – at Odesa in total. He said two landed in the sea and one in a field.

The remaining two hit the building and the holiday camp in the Belgorod-Dniester region.

“They knew for sure that there would be civilian casualties” because of the combined target range of the missiles, he said.

“I think we will see more of this in the near future. All recent missile attacks show that Russia is raising the stakes. They have no way back in this war, because they are isolated by the world,” the official added…

Back to Top
Close
X
Nigerians react as Peter Obi makes comment on his photo on praying mat…Political LandscapeNaija NewsReactions have trailed Labour Party presidential candidate, Peter Obi’s comment over a viral photo of his picture on praying mats.Recall tha…

Two children among 21 people killed after missile strikes on Odesa