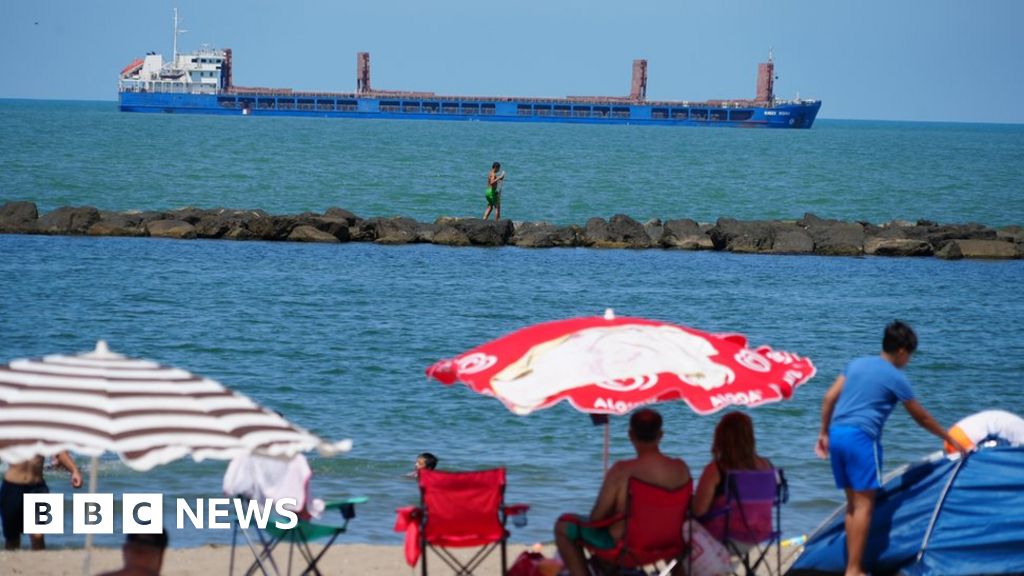 Ukraine has called for a ship carrying grain from a Russian-occupied part of the country to be seized.

The ship is currently lying off the Turkish coast.

We’ve monitored the Russian-flagged ship, the Zhibek Zholy, on its route from the Ukrainian port of Berdyansk to the Turkish port of Karasu.

It is not clear where its cargo came from or how it was obtained, but Russia has been accused of stealing grain from areas of Ukraine it controls – allegations Russia denies.

Berdyansk is in Ukraine’s southern Zaporizhzhia region, on the Sea of Azov.

News of the ship’s departure from Berdyansk was announced on social media app Telegram by Yevhen Balytskyi, who was recently appointed by Russia as governor of the occupied areas of Zaporizhzhia.

Mr Balytskyi said 7,000 tonnes of grain would be sent to “friendly” countries.

He added that ships from Russia’s Black Sea Fleet would be “ensuring the security” of the journey, and that the port had been cleared of sea mines.

He later edited the post, taking out references to the ship’s cargo and destination.

A video news report about the departure of the ship has also been shared on several pro-Kremlin Telegram channels showing it along with a Russian naval vessel in a harbour, which was identified as Berdyansk by the reporter…

Ukraine demands the seizure of Russian-flagged grain ship off Turkey

X
Libya protesters storm parliament buildingWorld NewsProtesters have stormed Libya's parliament in the eastern city of Tobruk and are reported to have set fire to part of the building.Images posted onlin…