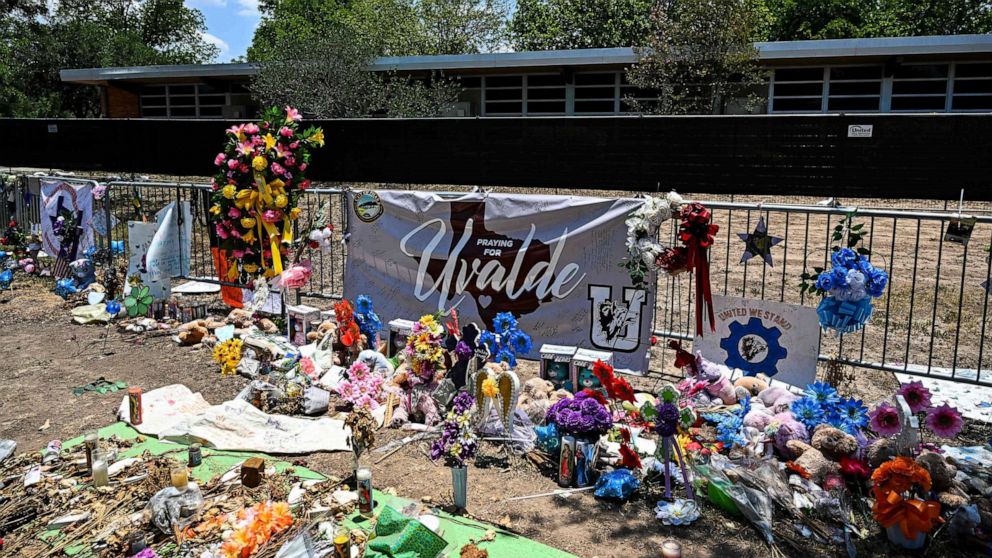 The district attorney investigating the May 24 massacre that killed two teachers and 19 students in Uvalde, Texas, revealed Friday that she has been meeting with the families of victims to update them on the ongoing investigation.

“We’re trying to make sure that they’re getting the resources that they need,” District Attorney Christina Mitchell Busbee, the top prosecutor in Uvalde, said in an interview at her downtown office. “And then I am telling them where I am in the investigation, and so those conversations have been ongoing.”

Busbee declined to tell ABC News which families she has spoken with and did not provide an update on the investigation of the shooting. Her comments came the day after some in the public tore into the DA and other leaders for keeping them in the dark about the ongoing probe into the Robb Elementary School shooting.

Back to Top
Close
X
Man resigns from job and vanishes after he's mistakenly paid 268 times his wages…More NewsChilean man who was paid over 200 times his salary has resigned and disappeared, despite promising to return the money.The unnamed man felt like he wo…

X
BARBARA MCMAHON: Kenny Goss sets the record straight about George…More NewsSeveral weeks after George Michael died, plunging millions of his fans around the world into shock and mourning, his former lover and close friend Ken…