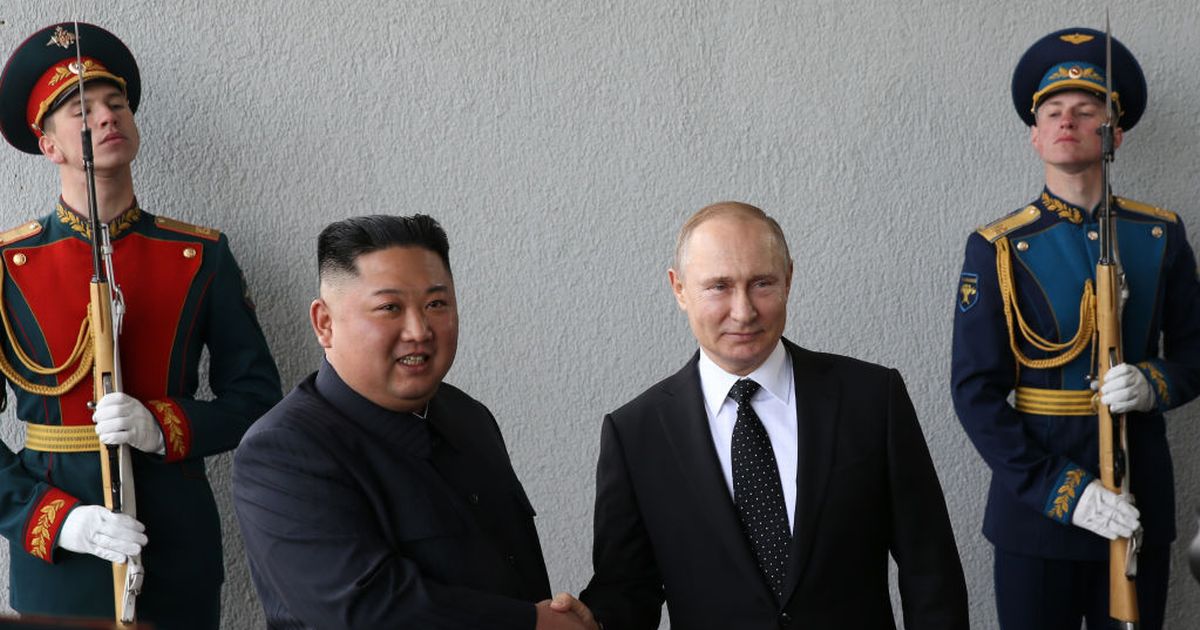 North Korea’s support for Russia has resulted in Vladimir Putin having a debt to repay to Kim Jong-un – a terrifying prospect given the country’s ongoing ballistic missile tests.

While the US has a strong stance on the tests and would like the United Nations to punish the North with more severe sanctions for all intercontinental ballistic missiles launched, Russian President Putin could get in the way of this, International Relations expert Donald Kirk said.

Mr Kirk suspects Kim could play up his strong relationship with Putin to ensure Russia blocks any move.

The pair’s alliance seems to have only strengthened over time, in recent times, thanks to North Korea’s support for the invasion of Ukraine.

If Putin decides to repay Kim for his rhetorical loyalty, he could begin providing heavy weapons and spare parts.

The concerns came as North Korea was reportedly prioritising repairing or replacing all MiGs and other fighters, bombers and transport aircraft handed down by Kim’s grandfather, dynasty founder Kim Il-sung.

When the Soviet empire broke up in 1991, the flow of aid from the former USSR into North Korea ended.

The most immediate effect of this was that Russia stopped accepting North Korean currency, which was nearly worthless, as payment for a wide range of goods needed to shore up the impoverished North Korean economy.

As a result, North Korea was plunged into a state of poverty.

As many as two million people starved to death or died from the disease, during what North Korea named the…

X
Ukraine demands the seizure of Russian-flagged grain ship off Turkey…World NewsBBCUkraine has called for a ship carrying grain from a Russian-occupied part of the country to be seized.The ship is currently lying off the Turkish c…