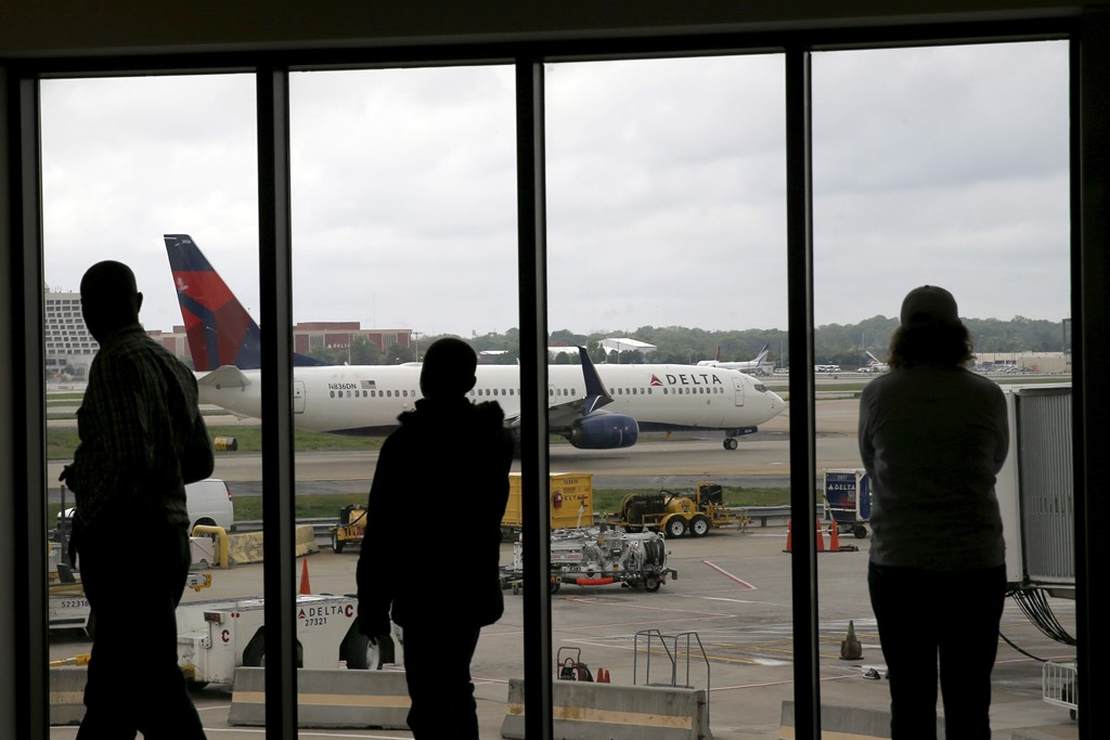 The cost of a seat on a commercial airline has been going up a fair bit lately, though not as quickly as the inconvenience and frustration levels have risen. But some seats are clearly worth more than others, at least at Delta Airlines. Earlier this week, a Delta flight was scheduled to go from Grand Rapids, Michigan to Minnesota. But when passengers were ready to begin boarding the plane, it quickly became obvious that Delta had overbooked the flight. They began asking for volunteers to move to a later flight and when they didn’t hear from anyone willing to give up their seat, they started sweetening the offer. Soon the price went up to ten thousand dollars and the offer was for cash, not credit toward future flights. Passengers were told that if they used Apple Pay, they could receive the money immediately. They soon had the required number of volunteers and the flight departed only twenty minutes later than its scheduled time. (Yahoo)

Passengers on a Delta flight from Michigan to Minnesota say that the airline offered them $10,000 cash to give up their seats on an oversold domestic flight.

In the end, the hour-long flight departed just 20 minutes later than scheduled from Gerald R. Ford International Airport in Grand Rapids, according to Cirium’s flight tracker.

Jason Aten, a tech columnist at Inc. magazine, boarded the plane with his family and was waiting for it to leave the gate when a flight attendant came over the intercom, he wrote earlier this week. The crew was looking for eight volunteers to give up their seats on the apparently oversold flight, offering them $10,000 cash each.

This weekend is expected to be one of the busiest travel periods since the start of the pandemic, so we’ll probably be seeing more stories like this one. For once, we’re not talking about the pilot shortage, but that’s far from the only thing wrong with the airline industry these days.

Of the many annoying things that the airlines do (and they do plenty of annoying things), overbooking flights is among the most infuriating. And the airlines were doing this long before the pandemic. In their efforts to squeeze every last dollar out of the public and fill every seat, the major airlines sell more seats than they actually have. This is supposedly done to maximize capacity in the case of cancellations.

But if nobody cancels, then someone has to be kicked off the plane through no fault of their own. In the worst cases of this abusive practice, they attempt to give passengers credit toward another flight rather than cash. Delta does not offer refunds for basic economy flights. So if you need to cancel your flight with a seat in that category, they basically wind up selling the same seat twice if there is anyone waiting…

Would you take ten grand in cash to give up your seat on a plane?

X
Father ‘murdered’ teenage daughter ‘by driving over her twice in a rage’…Last PostIndependentA father killed his 19-year-old daughter by running over her twice as she screamed in agony, a court heard.Nigel Malt, 44, is said to have …