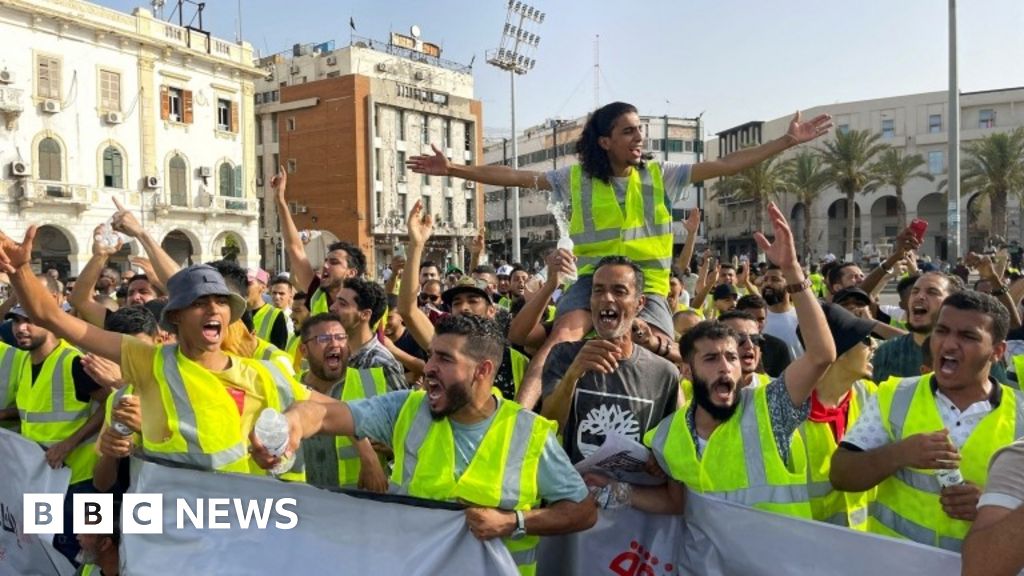 Protesters have stormed Libya’s parliament in the eastern city of Tobruk and are reported to have set fire to part of the building.

There have been rallies in other Libyan cities against continuing power cuts, rising prices and political deadlock.

In the capital, Tripoli, where a rival administration holds sway, protesters called for elections.

Their demand was backed by the head of the interim unity government, Abdul Hamid Dbeibah, who said all the country’s institutions needed to be changed.

The unrest comes a day after United Nations-brokered talks in Geneva aimed at paving the way for a ballot ended with little progress.

Libya has been in chaos since the Nato-backed uprising in 2011 that ousted long-serving ruler Col Muammar Gaddafi.

The oil-rich country, a key departure point for some of the thousands of migrants travelling to Europe, once had one of the highest standards of living in Africa, with free healthcare and free education.

Back to Top
Close
X
Ukraine demands the seizure of Russian-flagged grain ship off Turkey…World NewsBBCUkraine has called for a ship carrying grain from a Russian-occupied part of the country to be seized.The ship is currently lying off the Turkish c…