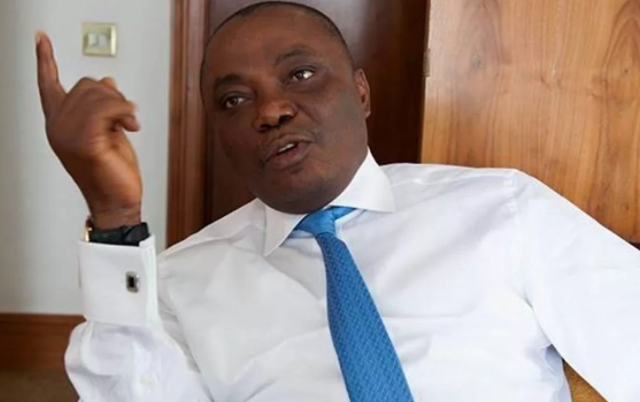 A Nigerian senator, Peter Nwaoboshi, has been sentenced to seven years in prison by the Lagos Division of the Court of Appeal.

The senator, who represents Delta North senatorial district, was convicted on a two-count charge of fraud and money laundering.

The court also ordered that his two companies, Golden Touch Construction Project Limited and Suiming Electrical Limited, be wound up in line with Section 22 of the Money Laundering Prohibition Act 2021.

The spokesperson of Nigeria’s antigraft agency, EFCC, Wilson Uwujaren, made this known in a statement on Friday.

The statement was also posted on the agency’s official Twitter handle.

Mr Nwaoboshi has, in the past few years, been enmeshed in several allegations of fraud and misappropriation of funds.

In 2021, he was accused by the Niger Delta Development Commission (NDDC) of using 11 companies as fronts to secure for himself a N3.6 billion contract in the commission. The contract was not…

Back to Top
Close
X
God has assured me of eight years as Osun governor: Oyetola…Live NotesPeoples Gazette Governor Gboyega Oyetola on Friday expressed confidence that he will emerge victorious in the July 16 Osun governorship election. “My …