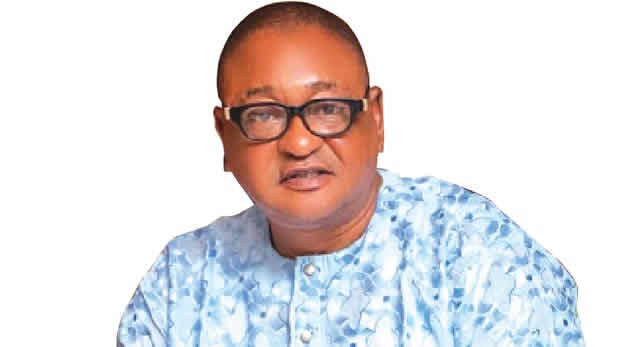 During the week, when a video of some actors of Yoruba extraction such as Jike Kosoko, Adebayo Salami (Oga Bello), Yinka Quadri and Funke Daramola-Salako, it was criticised by many Nigerians who felt that celebs should not use their star power to campaign for politicians.

However, in an exclusive interview with Saturday Beats, Kosoko stated that Tinubu had done a lot for the movie industry. He said, “Asiwaju Bola Tinubu is not just a leader of note, he is a father figure and benefactor.

“I have benefited from him and his wife. As a matter of fact, I have had a relationship with his family for a long time. He is a focused leader; a leader of all leaders.

“He has personally developed many people in our industry, especially those that had health challenges. For example, when actress, Moji Olaiya, died in Canada, he was responsible for everything that had to with transporting her body back home.

“If you observe his wife, you will see that she is a very quiet woman that does a lot for people. I know the number of sick people (in the industry) that she has also sent money to.

“The film industry has enjoyed Tinubu, as he was the first person to give us several hectares of land in Badagry to construct a film village.

“The succeeding administration gave us reasons the place was not conducive enough, and immediately, an effort was made to give us another place in Epe.”

Kosoko also stated that Tinubu had often shown interest in the film industry by ensuring that the leadership of associations in the industry was united.

When asked if practitioners in the film industry would be able to speak truth to power in the future, considering that they had publicly endorsed a particular candidate, he said, “If we ‘romance’ politicians as some people say and we are bold enough to tell them the truth through our productions, is there anything wrong with that?

Back to Top
Close
X
How I almost dropped out from Oxford twice -DJ Cuppy…EntertainmentInternational Disk Jockey, Florence Otedola, has revealed that she almost dropped out of her master's programme at the University of Oxford.DJ Cuppy, …

Why I and other Yoruba actors are supporting Tinubu – Jide Kosoko

X
R. Kelly sues Brooklyn jail for putting him on suicide watch…EntertainmentBy Jonathan StempelR. Kelly on Friday sued the Brooklyn jail that has housed him since his racketeering and sex crimes conviction, saying it wrongly p…