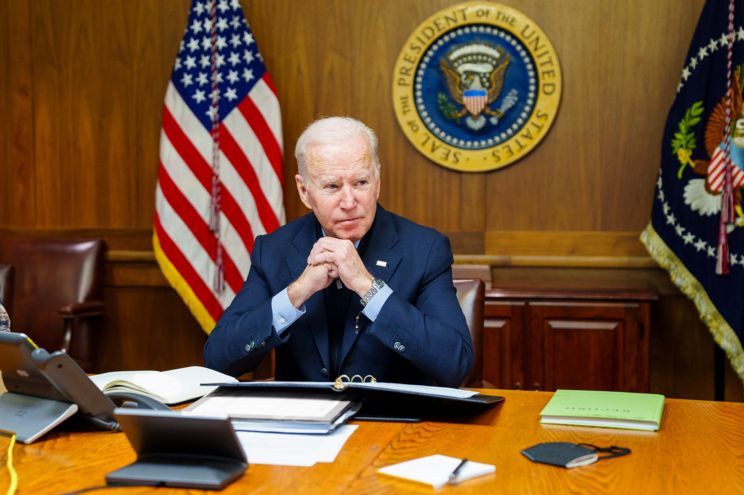 Here are six of the most economically consequential deceptions of the Biden administration.

Every modern president has stretched the truth now and then, and the media loved to torch Trump nearly every other day for lying. But Biden’s routine misstatements about money and the economy seem to go unchallenged.

In recent months, as the economy has slipped into a soft recession and with inflation at 9.1 percent the Biden whoppers keep coming fast and furious.

Here are six of the most economically consequential deceptions of the Biden administration.

This one was reminiscent of the infamous George H.W. Bush claim in 1988 “read my lips: no new taxes.” Biden didn’t say he wouldn’t raise taxes on the middle class once or twice, but routinely throughout the campaign — and he even STILL says it.

Except that inflation is a tax that hits the middle class and the poor hardest and over the past year, prices have outpaced wages and salaries by roughly four percentage points. With the average worker wage and salary at roughly $60,000 per year (that’s a lot less than $400,000) this means a $2,400 per worker Biden inflation tax and as much as double that for families with husband and wife both working.

Biden claimed this most recently in a speech in Philadelphia as an excuse for high inflation here at home. It is hogwash. Inflation is lower in Australia, Canada, China, France, Germany, Italy, Japan, Switzerland, the United Kingdom, and many other countries.

Moreover, when Biden entered office, the economy was prepped for an enormous tail winds gust because of the Trump “operation warp speed” vaccine that was just hitting the market and allowing businesses to reopen and workers to return to the job.

This is more an exaggeration than a bold-faced lie.

On jobs, we will give the president his due. This has been an impressive hiring spree over the past 14 months and the jobs are out there for those who want them. But this is NOT the strongest period for job creation. That hiring record was set in 2020 under Trump who presided over the initial recovery following the government-imposed lockdowns.

Biden’s six favorite lies about inflation and the economy