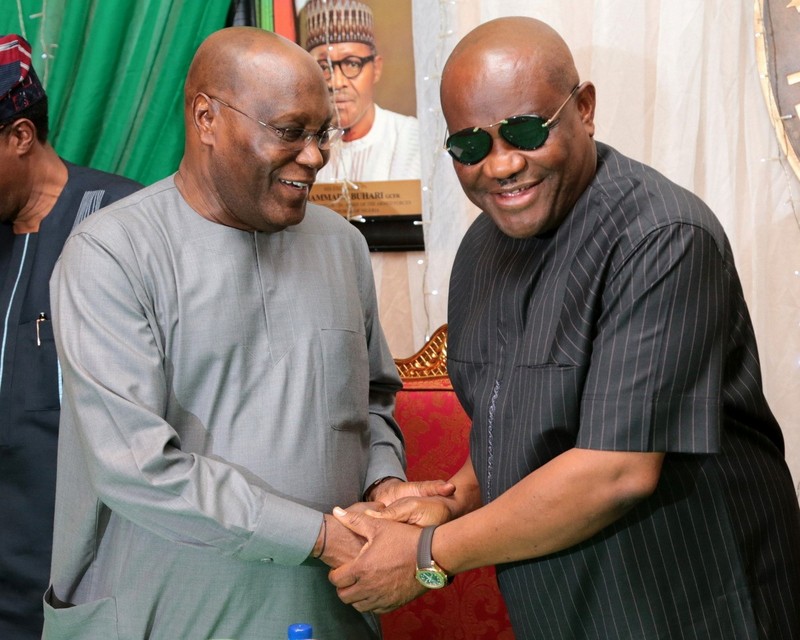 Naija News reports that the former vice president made the disclosure during an interview on Arise TV on Friday.

Recall that Governor Samuel Ortom of Benue State in an interview last month said 14 out of 17 members of the PDP panel preferred Wike as the vice-presidential candidate of the party.

Ortom claimed Atiku had ignored the recommendations of the panel he set up to pick his running mate by picking Governor Ifeanyi Okowa of Delta State as his running mate.

Following the development, Governor Wike and other PDP chieftains were offended with Atiku over the choice of Okowa as his vice presidential candidate.

Speaking in the interview, Atiku refuted claims made by Ortom that the panel voted and chose Wike as the preferred candidate for the vice presidential slot.

He said the panel only recommended Wike, Okowa and Governor Emmanuel Udom of Akwa Ibom state as nominees for the vice presidential position.

Atiku stated that he picked Okowa over Wike because he can work with the Delta state governor and also have an understanding of his vision for the nation.

“First and foremost let me put the record straight. The committee that was set up at my own instance, deliberated. There was no vote and they recommended three names. Because they knew that it was prerogative to pick nay one of the three. So there was absolutely no vote, it s not true.

X
My former running mate, Obi, made a mistake defecting to Labour Party —Atiku…Political LandscapeThe presidential candidate of the Peoples Democratic Party (PDP) Atiku Abubakar, has criticized the defection of a co-contestant, Peter Obi, to the La…