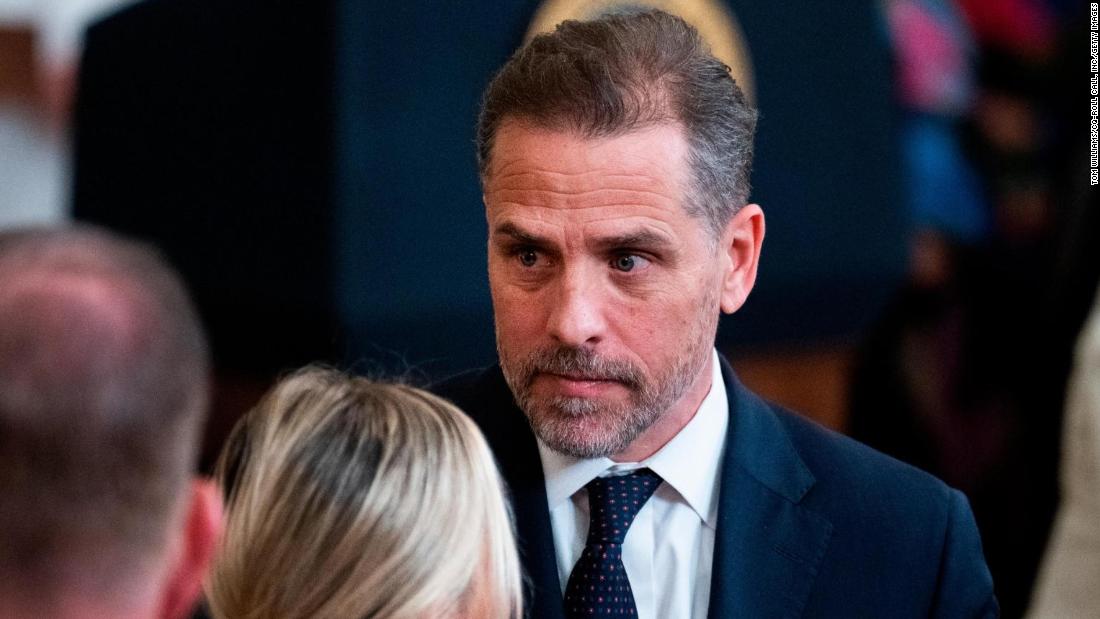 The federal investigation into Hunter Biden’s business activities is nearing a critical juncture as investigators weigh possible charges and prosecutors confront Justice Department guidelines to generally avoid bringing politically sensitive cases close to an election, according to people briefed on the matter.

While no final decision has been made on whether to bring charges against President Joe Biden’s son, sources say the probe has intensified in recent months along with discussions among Delaware-based prosecutors, investigators running the probe and officials at Justice Department headquarters.

David Weiss, the US Attorney in Delaware, is leading the probe, which dates back to as early as 2018.

Discussions recently have centered around possibly bringing charges that could include alleged tax violations and making a false statement in connection with Biden’s purchase of a firearm at a time he would have been prohibited from doing so because of his acknowledged struggles with drug addiction.

The investigation of the President’s son has loomed large among the politically fraught issues Merrick Garland faces as attorney general. Weiss is one of a handful of appointees of former President Donald Trump who were kept on by the Biden administration because they were overseeing politically sensitive investigations.

Adding to the pressure, Republicans in Congress have already announced that if they take over the House of Representatives after the midterm elections, they plan to launch new investigations and hold hearings to examine the conduct of Hunter Biden and others in the Biden family.

Some current and former Justice officials have debated whether the rules necessarily apply in this instance since Joe Biden isn’t on the ballot in the midterms.

Hunter Biden has not been charged with any crimes and has previously denied any wrongdoing. His father is not being investigated as part of the probe of his son’s business activities, according to sources who have been briefed.

The Justice Department investigation initially focused on Hunter Biden’s financial and business activities in foreign countries dating to when Joe Biden was vice president. But investigators have examined a swath of broader conduct, including whether Hunter Biden and associates violated money laundering, campaign finance, tax and foreign lobbying laws, as well as whether Hunter Biden broke federal firearm and other regulations, multiple sources said.

As the investigation has entered its final stages, prosecutors have narrowed their focus to tax and gun-related charges, the people say.

Justice officials have debated the strength of the case for months, and have held discussions about whether more work is needed before deciding on possible charges. Those discussions have involved investigators from the FBI and IRS Criminal Investigation agency and prosecutors in Delaware and at Justice Department headquarters, CNN previously reported.

Hunter Biden has publicly discussed his own substance abuse struggles, and some Justice officials questioned whether his open discussions of his past drug use could potentially weaken their case should they bring one.

Some officials have noted that Biden could argue he wasn’t aware of wrongdoing because he was on drugs, one source said. CNN has previously reported that some officials were concerned it could be a defense, but more recently, Justice officials have coalesced around the view that Biden’s own public accounts of his recovery show he was fully responsible for actions now under scrutiny, according to the person familiar with the discussions.

In the meetings, officials also discussed the timing of any possible indictment…

Back to Top
Close
X
Biden’s six favorite lies about inflation and the economy…United StatesHere are six of the most economically consequential deceptions of the Biden administration.Every modern president has stretched the truth now and then…

X
Explainer: What charges could Trump face for trying to overturn 2020 election?…United StatesReutersA U.S. congressional committee probing the Jan. 6, 2021, assault on the U.S. Capitol has sought to build a case that then-President Donald Trum…