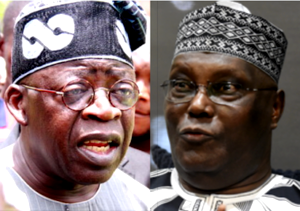 Atiku described the Muslim-Muslim ticket by the APC as “unwelcoming and unripe for Nigeria as a democratic state.”

He made this assertion on Friday during an interview with Arise TV monitored by our correspondent.

Atiku said, “I have always opposed Muslim-Muslim ticket. I don’t believe this is ripe for countries like Nigeria. There should be balance.”

Meanwhile, the PDP candidate has expressed confidence that he will defeat the APC candidate Tinubu in 2023.

Atiku dismissed the insinuation that the emergence of Kashim Shettima as Tinubu’s running mate will reduce his chances in the North-East in the 2023 presidential election.

Recall that outcry has greeted the…

My disagreement with Tinubu in 2007 was over Muslim-Muslim ticket, says Atiku

X
FG releases admissions list into 110 unity colleges…Live NotesPeoples Gazette The federal government has released the list of admissions into the 110 Unity Colleges across the country, including the Gifted Academ…