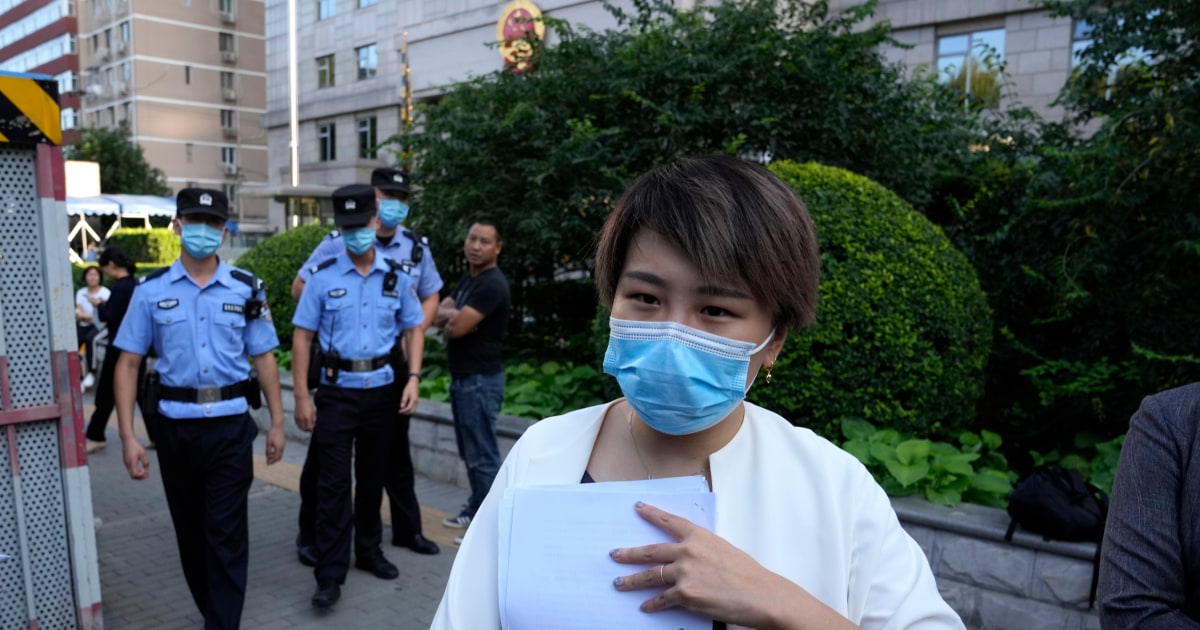 “I think this lost lawsuit, it’s not an attack on single women’s reproductive rights, maybe it’s a temporary setback,” Teresa Xu said after the verdict.

A court in China has overruled a rare legal challenge brought by an unmarried Beijing woman seeking the right to freeze her eggs.

The Chaoyang Intermediate People’s Court in Beijing said in a judgment that the hospital did not violate the woman’s rights in denying her access to freeze her eggs.

In China, national law does not explicitly ban unmarried people from services like fertility treatments, and simply states that a “husband and wife” can have up to three children.

In practice, however, hospitals and other institutions implement the regulations in a way that requires people to show a marriage license. Unmarried women who choose to have children have struggled to access public benefits like maternity leave or coverage for prenatal exams.

In 2018, Xu, then 30 years old, had gone to Beijing Obstetrics and Gynecology Hospital at Capital Medical University, a public hospital, to ask about freezing her eggs. After an initial examination, she was told she could not proceed further because she could not show a marriage certificate. She said the doctor also urged her to have a child while she was still young.

Xu, who is unmarried, had wanted to preserve her eggs so she could have an option to bear children at a later date.

“I think this lost lawsuit, it’s not an attack on single women’s reproductive rights, maybe it’s a temporary setback,” she said in a short video statement announcing the news on her WeChat account.

Xu’s case drew broad coverage from domestic media outlets in China, including some state media outlets, when she first brought her case to court in 2019. Local media had said her case against the hospital was the country’s first.

The hospital, according to the judgment, had argued that egg freezing poses certain…

Back to Top
Close
X
Ukraine: EU to replace gas from Russia with Nigeria’s…World NewsNigeria will supply gas to the European Union (EU) as the Russia-Ukraine war which started in late February lingers. The EU Delegation to Nigeria and …

X
Ukraine war: Strikes on port of Odesa are 'spit in the face' from Russia…World NewsSky NewsLess than 24 hours after Russia and Ukraine signed a deal to reopen Black Sea ports to resume grain exports, a series of missiles were fired a…