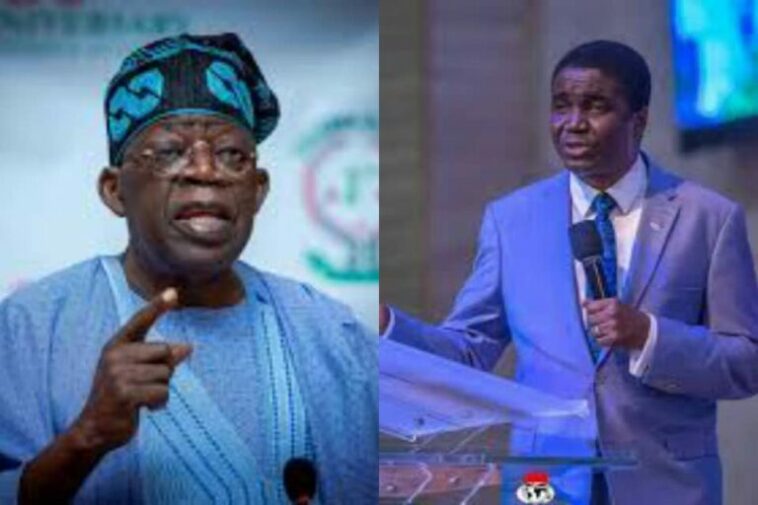 Bishop David Abioye, second in command at Living Faith Church Worldwide, is under fire over his inciting comment on Muslim-Muslim ticket being adopted by the All Progressives’ Congress (APC) candidate, Asiwaju Bola Tinubu.

Abioye, in a sermon, sought to instill fear in his church members that if they vote for party rather than individual, they are on their way to hell.

Such statement is never the gospel of Christ, which is the good news, but a hellish gospel that has no foundation in the scripture.

Abioye is saying that members of the APC in his church should not vote for their party and that if they do, they have betrayed the faith and are on their way to hell, thus fanning the ember of religious intolerance.

He said “And now a clear instruction, when it is time to vote, vote only in the favour of the church, not for your party, any believer that sells out his faith in the name of party is heading for hell.

“Don’t open your eyes and vote for people who will kill you, if you kill your conscience, you will answer before the Lord.

“We may not have the best of candidate, we have them in grades, you know a better candidate than an evil candidate.”

His statement has elicited anger and division in the church of God. A minister of God is called to preach the gospel of love and not hate and he has not taken his example from the Lord Jesus Christ he claims to serve…

X
Poverty, Insecurity: This is not our country — Peter Obi…In the NewsVanguardBy Steve OkoThe presidential candidate of the Labour Party, Mr Peter Obi, has decried the excruciating hardship and economic woes in the count…