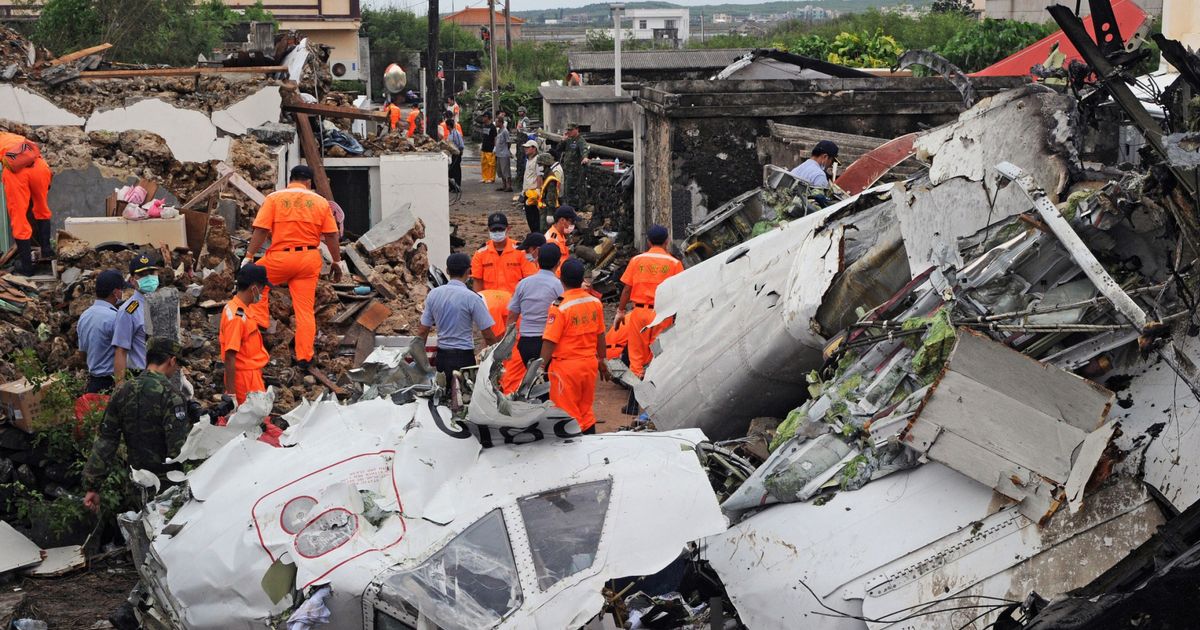 It was the plane crash which shocked the world and resulted in 48 people being killed.

And the horrifiying truth is that it could so easily have been prevented and all those lives would have been saved.

Eight years ago today on July 23, 2014, a TransAsia Airways plane ploughed into a forest and village, killing most of its passengers and all of its crew.

An investigation ruled that the cause of the crash was an “overconfident” pilot who missed the runway in poor weather.

Incredibly, ten of the plane’s passengers survived the inferno and managed to crawl to safety – but five villagers were injured in the incident.

The shocking events happened when TransAsia Airways flight 222 took off from Kaohsiung airport in Taiwan en route to Magong on Taiwan’s Penghu Island.

It was a scheduled domestic passenger flight with 58 people on board – made up of 54 passengers and four crew members.

But it crashed in a heavy storm near Magong airport killing 48 people on the plane – 44 passengers and all four crew members.

The aircraft sheared trees for several hundred feet in a small forest, before flying out of the woods and into the village of Xixi. At this point the aircraft then impacted, destroying several houses in the village.

Back to Top
Close
X
70 Days in the Lion's Den: The story of a blogger who 'offended' Governor Dapo Abiodun…More NewsThe moment the doors leading to Courtroom 1 of the high court in Oke-Mosan, Abeokuta, Ogun State, were thrown open, lawyers and observers, most of who…

X
Tory leadership: Rishi Sunak says massive NHS backlog is national emergency…More NewsBBCTackling the backlog in the NHS is the biggest public services emergency, Rishi Sunak has said, as he and Liz Truss vie to become the UK's next pri…