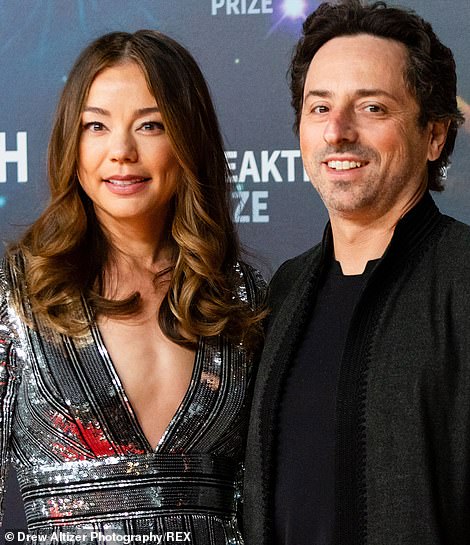 Elon Musk ‘had affair with Google founder Sergey Brin’s WIFE in December which led to their divorce and end of tech billionaires’ friendship’ – years after Sergey’s $500,000 loan kept Tesla afloat

Elon Musk had an affair with Google founder Sergey Brin’s wife in December last year, which was the catalyst for their divorce, it has been claimed.

Friends of the pair told The Wall Street Journal on Sunday that Musk’s romance with Nicole Shanahan was what prompted the Google billionaire to file for divorce in January.

It’s unclear how long the romance lasted but it occurred in the same month that Musk welcomed a baby girl via a surrogate with his ex-girlfriend Grimes, and was a month after he secretly welcomed twins with a former executive from one of his companies. He started dating current girlfriend Natasha Bassett in February.

All of the drama led to Twitter missing expectations with revenue of $1.18billion.

On Friday, the company blamed it on how Musk had disrupted business with his dramatic hostile bid take-over, then sudden about-turn.

‘Twitter is on a rowboat in the middle of a storm. The Musk saga rocked the boat even harder. Twitter is now in the unenviable position of convincing advertisers that its ad business is solid,’ analyst Jasmine Enberg said of the saga.

When Brin filed for divorce in January, the real reason for the divorce was not clear.

He cited ‘irreconcilable differences’ in divorce papers but asked for the docket to be sealed to protect his young daughter.

The affair brought an abrupt end to Elon and Sergey’s years-long friendship; in 2008, Sergey gave $500,000 in funding to Tesla at the height of the financial crisis.

Elon has also spoken fondly of crashing at Sergey’s homes. Brin and Shanahan, 37, share a daughter, who was born in 2018.

The Google founder has asked to share custody of her as part of the divorce arrangements, which they are fighting to keep private out of fear that their daughter will be put at risk of ‘harassment’ or ‘kidnapping’.

Musk has not commented on the allegations.

Brin is said to own multiple interests in Musk’s many businesses, all of which he has ordered his aides to sell.

When the divorce proceedings were launched in January, Nicole told Puck: ‘I hope for Sergey and I to move forward with dignity, honesty and harmony for the sake of our child.

‘And we are both working towards that.’

She is a Stanford-educated lawyer who works at the firm Bio-Echa,

He recently laughed off secretly fathering twins with Neurolink executive Shivon Zilis, tweeting that he was repopulating earth with his many offspring.

Musk has five children with his first wife, Justine; twins Griffin and Xavier (who changed her name to Vivian and now identifies as female), and triplets Kai, Damian and Saxon.

Their first baby, a boy who they named Nevada, died from SIDS in 2002 as a young baby.

In 2020, Musk and Grimes welcomed their first child together, a son who they named X AE A-XII Musk.

They split in September last year, after conceiving their second child via a surrogate.

That child was born in December but was kept secret until March this year.

Musk and his current girlfriend, 27-year-old Australian actress Natasha Bassett, were seen together in the South of France in May.

They are understood to have started dating in February.

He is not the only man in his family to have snatched headlines recently with his fornicating; earlier this month, Musk’s 76-year-old father Errol confirmed he had welcomed a second daughter with his own stepdaughter, Jana Bezuidenhout.

In 2017, he stunned his family by announcing that Jana, by now in her late twenties, was pregnant with his baby. She is now 35 and the pair no longer live together.

It Musk be love! Elon’s many romances (and children!) from first wife Justine to Amber Heard, Grimes and now Sergey Brin’s wife Nicole

Elon Musk’s fornicating has become almost as messy as his business dealings.

With nine children, two ex-wives and many other loves along the way, the 51-year-old has left quite the trail of heartbreak.

Musk met his first wife Justine Wilson when the pair were studying together in Ontario.

They tied the knot in 2000, moved to Los Angeles and welcomed their first son – Nevada – who died when he was only 10 weeks old from SIDS.

They went on to have twins and then triplets together; Griffin, Xavier, Damian, Saxon and Kai.

She told in a Marie Claire article how she considered herself to be his ‘starter wife’.

Musk slept with my wife

X
How Oro tradition fuels violence, deaths, flourish amid authorities’ silence…RifsALFRED OLUFEMI reports how ‘Oro’ – an age-long festival celebrated by traditionalists in the South-West, AT NIGHT and IN DAYTIME, has continued to imp…