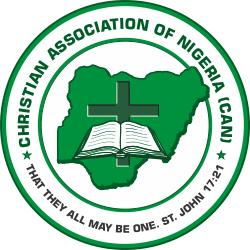 As Nigeria marches towards the 2023 general elections the leadership of the Christian Association of Nigeria, CAN, and some individuals appear to have become religious bigots. I am sure using religious or tribal sentiments had not benefited anybody and the country at large. In the past seven years. The election pattern in the country held along ethnic and religious lines has taken the country to the brink of a failed state, so to speak.

There was no time the country has ever been polarised like now as no one feels safe because of our collective failure in electing competent people to lead and propel the social, political and economic development of the country. The mistake of voting along religious or tribal lines has reawakened the consciousness of Nigerians to shun tribal and religious sentiments. Nigerians have now resorted to seeking Allah’s guardian to vote. What are the benefits for voting our present crop of leaders along ethnicity and religious lines?

Today, northern states and the country in general have turned into scared zones with bandits, kidnappers and terrorists killing, kidnapping and raping innocent unarmed civilians without any challenge from the security agencies. One finds it difficult to juxtapose the constitutional and primary responsibility of the government with the prevailing situation in the country under the watchful eyes of Mr President and state governors given the situation in which scores of people are being killed on a daily basis while hundreds of others have abandoned their homes. Vividly as result of this wrong voting, the country’s economy is in bad shape as the country got to the present dreaded moment as cost of servicing debts surpassed the federal government’s retained revenue by N310 billion in the first four months of 2022. The federal government’s total revenue for the period was N1.63 trillion, while debt servicing gulped N1.94 trillion.

As the country heads towards the 2023 general elections there is the need for Nigerians to learn how to put the interests of the country first before our parochial, tribal, ethnic or religious interests because the country is for all of us. Since the ruling All Progressives Congress, APC, settled for a Muslim-Muslim presidential ticket there has been no end in sight to the public spat on the ticket in spite of the fact that the spat has nothing to do with either the interest of Muslims or Christians but just political interest…

CAN can float a political party