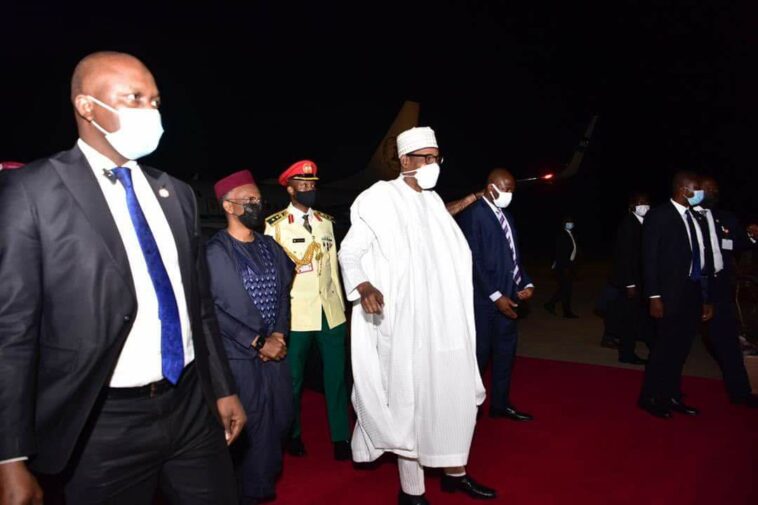 Kaduna state governor Nasir El-Rufai has said President Muhammadu Buhari was not aware of the threats by terrorists to kidnap him (Buhari).

Bandits had in a viral video on Sunday, July 24, 2022, released a viral video threatening to capture President Buhari and Governor el-Rufai after they flogged 43 victims of the Abuja-Kaduna train attack.

Governor el-Rufai while speaking on a Radio Programme Wednesday night said; “I also heard about a video where they threatened to abduct Buhari and myself. I have been warned to be careful, including my family too.

“This is why I met with the president on Sunday and told him about these problems. I also told him about the video because up to that day, he was not even aware. I told him and the following day, Zamfara State governor, Bello Matawalle also confirmed to him that he saw the video too, so as to take action.”

According to him, the President assured him that he met with the service chiefs 3-4 days before the meeting and that he gave them a clear directive to have a comprehensive military operation to deal with those people…

Back to Top
Close
X
JetBlue announces a deal to buy Spirit Airlines. Fares could surge…In the NewsJetBlue Airways on Thursday announced it would purchase Spirit Airlines, a combination that would create America's fifth-largest airline.The announcem…