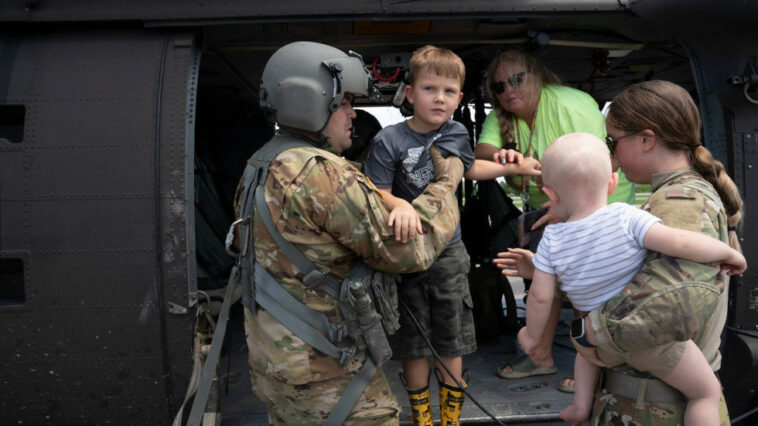 Torrential downpours in Kentucky have killed at least 25 people, and the search for missing people may drag on for weeks

Devastating rains that swept through the heart of the US Appalachian region have caused record flooding in eastern Kentucky, killing at least 25 people and leaving many more potential victims missing.

The death toll has risen repeatedly since Kentuckians woke up to catastrophic flooding in the early morning hours of Friday, and Governor Andy Beshear said on Saturday that it may take weeks to find all of the victims. Among the bodies recovered were those of four young children who were swept away from their parents arms as they clung to a tree.

“We are in search and rescue mode,” Beshear told reporters. “That count is going to continue to go up, and we don’t lose this many people in flooding. It’s just a real tough one.”

With dozens of roads and bridges either blocked by debris or washed out, rescue efforts have been…

Dozens dead in US flood

X
A family affair for Boris as sister Rachel arrives at he and Carrie's weddi…More RifsArticles | Mail Online Boris and Carrie Johnson danced the night away at their festival-style wedding party in the Cotswolds last night, with the brid…