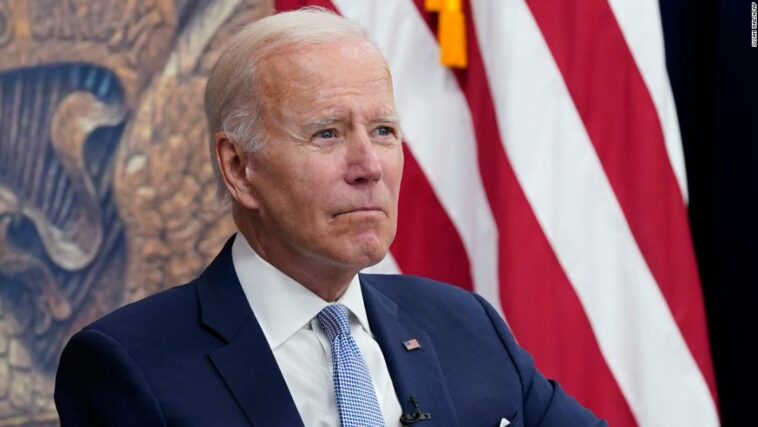 
Biden, who emerged from isolation earlier last week after testing negative on rapid antigen tests starting Tuesday, “will continue to conduct the business of the American people from the Executive Residence,” O’Connor writes, continuing “to be very specifically conscientious to protect any of the Executive Residence, White House, Secret Service, and other staff whose duties require any (albeit socially distanced) proximity to him.”

A White House official said Sunday that Biden, 79, had six close contacts prior to the positive test a day earlier that sent him back into isolation. None of those contacts have since tested positive, the official said.

Sunday is considered “day one” of positivity in the President’s latest isolation period.

When Biden first tested positive on July 21, there were 17 individuals who were considered close contacts. None ended up testing positive.

Out of concern over a rebound infection, officials had worked last week to limit Biden’s exposure to others,…

Back to Top
Close
X
BREAKING: Pioneering Star Trek Actress Nichelle Nichols Passes Away At 89…HeadlinesThe Daily Wire Nichelle Nichols, who played Nyota Uhura in “Star Trek: The Original Series,” has passed away at 89 years old, according to a statement…

X
Dahiru: Towards a resolution of Nigeria’s climate concerns, By Seyifunmi Adebote…HeadlinesPremium Times Nigeria Before Dr Dahiru’s announcement, concerns had been raised about the prolonged delay in implementing the Climate Change Act, espe…