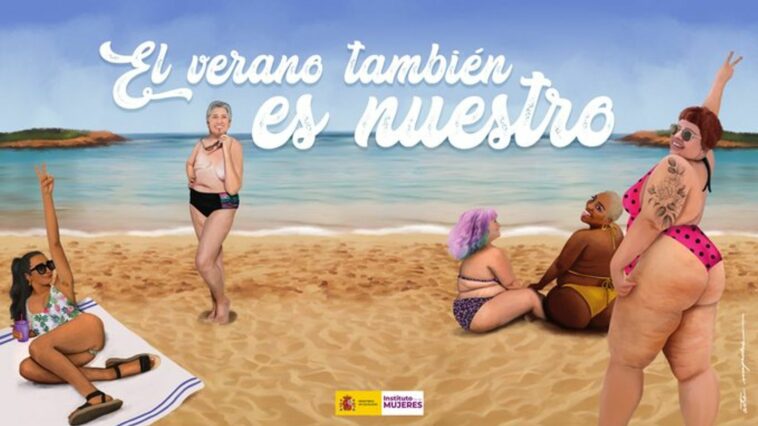 Another model has expressed her dismay at a body positivity campaign by the Spanish government, saying she had her prosthetic limb edited out.

The advert, the brainchild of the Spanish Women’s Institute, features five diverse women of different shapes and the slogan: “Summer is ours too!”

“Enjoy it how, where and with whomever you want. Today we toast to a summer for all, without stereotypes and without aesthetic violence against our bodies.”

It used the likeness of Sian Green-Lord, from Leicester, in a picture taken from her Instagram account on the far left of the poster, but with her prosthetic leg edited out and a left leg added.

“I don’t know how to even explain the amount of anger that I’m feeling right now,” she said in an Instagram story.

“It’s just been brought to my attention by one of my friends that the Spanish government is using my image on a body positivity campaign but they have edited out my prosthetic leg.

“I am literally shaking, I am so angry….

'I am so angry': British model says Spain's body positivity campaign edited out her prosthetic leg

X
UN, others worried as global response to HIV declines…Live NotesHeadline Stories Archives | Premium Times Nigeria A new report has shown that progress against HIV has slowed down since the COVID-19 pandemic. The re…