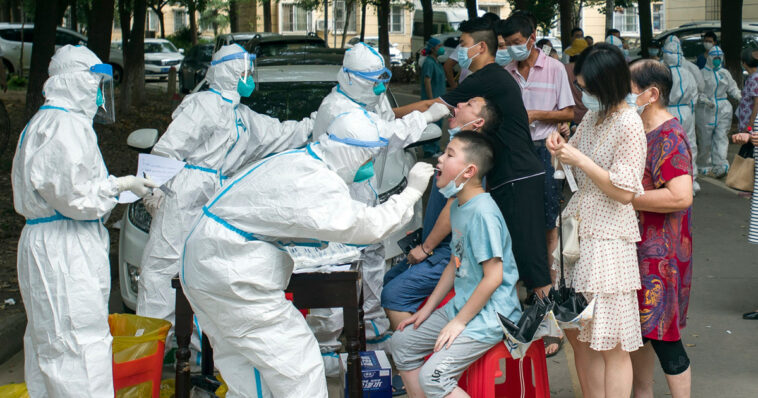 In one study, which incorporated data collected by Chinese scientists, University of Arizona evolutionary biologist Michael Worobey and his colleagues used mapping tools to estimate the locations of more than 150 of the earliest reported Covid cases from December 2019. They also mapped cases from January and February 2020 using data from a social media app that had created a channel for people with Covid to get help.

They asked, “Of all the locations that the early cases could have lived, where did they live? And it turned out when we were able to look at this, there was this extraordinary pattern where the highest density of cases was both extremely near to and very centered on this market,” Worobey said at a press briefing. “Crucially, this applies both to all cases in December and also to cases with no known link to the market … And this is an indication that the virus started spreading in people who worked at the market but then started to spread into the local community.”

Andersen said they found case clusters inside the market, too, “and that clustering is very, very specifically in the parts of the market” where they now know people were selling wildlife, such as raccoon dogs, that are susceptible to infection with the coronavirus.

Back to Top
Close
X
How long can the Coronavirus keep reinfecting us?…HealthThe AtlanticThis will keep happening. “There’s not a lot of things I’m confident about in SARS-CoV-2 evolution, but I think I’m extremely confident we…

New studies bolster theory the coronavirus emerged from the wild, not a Chinese lab

X
82,000 living with HIV/AIDS in Nasarawa HealthBlueprint The Nasarawa state government said weekend that it has recorded 82,302 people living with Human Immunodeficiency Virus and Acquired Imm…