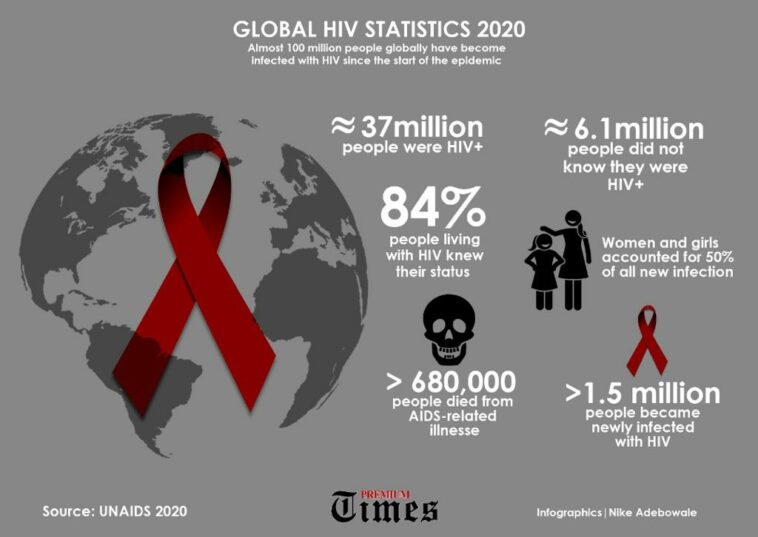 A new report has shown that progress against HIV has slowed down since the COVID-19 pandemic.

The report, titled; “In Danger,” and released by the Joint United Nations Programme on HIV/AIDS (UNAIDS) noted that donors pulled back, and countries now test and treat fewer people, even as they miss key targets.

It was released ahead of the International AIDS Conference (IAC) currently holding in Montreal, Canada.

Speaking at its launch, UNAIDS Director, Winnie Byanyima, said progress in prevention and treatment of HIV is faltering around the world, putting millions of people in grave danger.

“In Asia and the Pacific, UNAIDS data now shows new HIV infections are rising where they had been falling. Action to tackle the inequalities driving AIDS is urgently required to prevent millions of new HIV infections this decade and to end…

UN, others worried as global response to HIV declines

X
2023: Tambuwal’s associate,  8 councilors defect from PDP to APC in Sokoto …Live NotesNews Archives - Vanguard News . By Ibrahim Hassan-Wuyo The Chairman of Tangaza Local Government area of Sokoto state and a political associate of the …