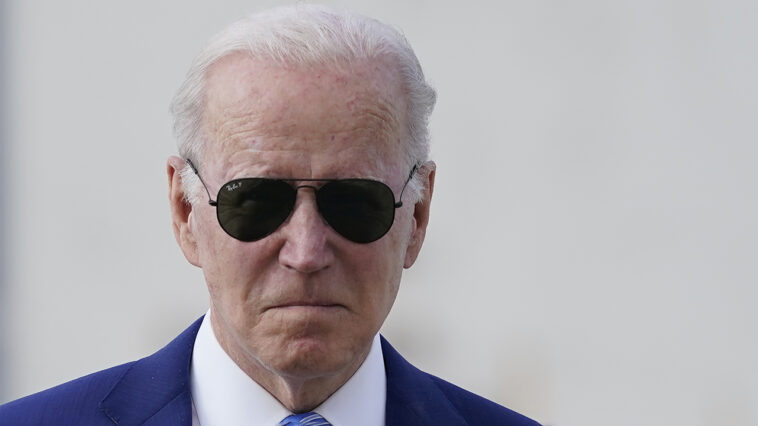 FILE - President Joe Biden walks across the tarmac to speak to the media before boarding Air Force One at Des Moines International Airport, in Des Moines Iowa, April 12, 2022, en route to Washington. Biden said that Russia's war in Ukraine amounted to a "genocide," accusing President Vladimir Putin of trying to "wipe out the idea of even being a Ukrainian." The Biden administration has for weeks grappled with how much intelligence it's willing to give Ukrainian forces trying to stop Putin. (AP Photo/Carolyn Kaster, File)

In 100 days, the American people will be able to cast their first vote against Joe Biden’s failed presidency.

Biden is asleep at the wheel and, coupled with Democrats’ disastrous leadership of the House and Senate, gas prices have reached record highs, the cost of food and everyday household goods has skyrocketed, illegal immigrants and deadly drugs are pouring across our open southern border, and crime is surging across the country.

All economic indicators point to our nation being in a recession. However, you won’t hear this from Biden or his spin doctors in the White House because they have no plan to fix these crises that they created.

Ahead of the second quarter GDP numbers being announced, the White House attempted to redefine what a “recession” means.

We have 100 days to election when America can reject Democrats’ insane, far-left policies