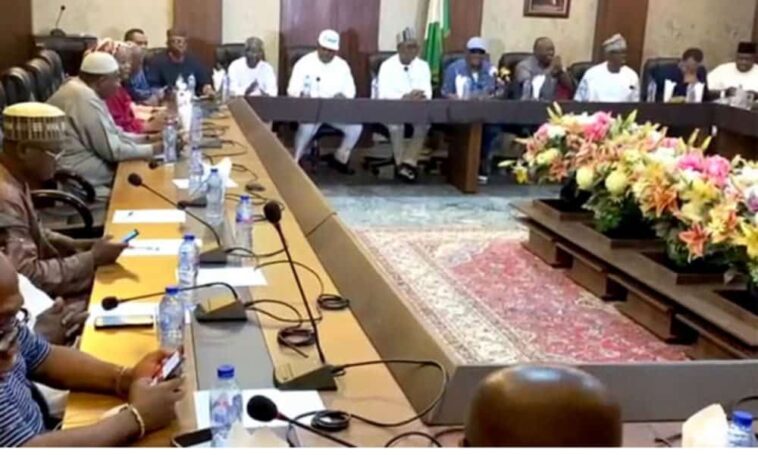 Governor Nyesom Wike of Rivers State and some Peoples Democratic Party (PDP) chieftains have agreed to work for the success of the party’s presidential candidate, Atiku Abubakar, in the 2023 general elections.

Naija News understands that Governor Wike and some of his colleagues who are in his camp have agreed to remain in the party and work for Atiku’s victory in the forthcoming election.

This resolution followed a closed-door emergency meeting held at the Rivers State governor’s lodge in Abuja on Sunday.

BusinesDay quoted a member of the PDP National Working Committee who spoke on condition of anonymity saying that none of the serving or former governors was leaving the party as was being rumoured.

He said all the party chieftains resolved to work together to address whatever internal crisis exists and support the party’s presidential candidate towards victory in the 2023 elections.

PDP Chieftains At The Meeting

Those at the meeting include Governors Seyi Makinde of Oyo…

Back to Top
Close
X
Christians in 19 Northern states withdraw support for Tinubu…Political LandscapeThe presidential bid of the All Progressives Congress (APC) candidate, Bola Tinubu has suffered a major setback as the Christian Association of Nigeri…

2023: Wike, Others Agree To Support Atiku, Vow Not To Dump Party