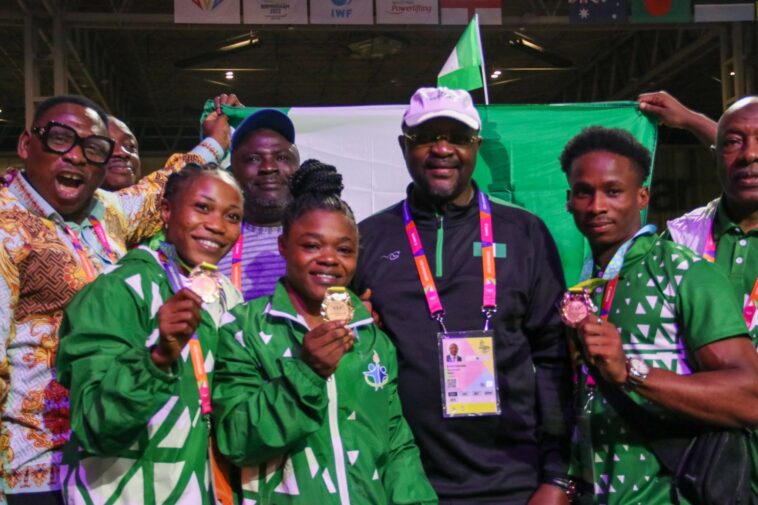 Team Nigeria continued their upward move to a respectable position on the Commonwealth Games Medals table after claiming a second gold on Sunday.

At the end of action on Sunday, Team Nigeria moved into the ninth position with two gold and a bronze medal.

All the three medals have come from the weightlifting event where the Nigerian lifters are not only winning medals but doing so in record-breaking fashion.

In the snatch, Lawal made a lift of 90kg, which was a Games record before replicating the feat with 116kg in the clean and jerk, which was another record.

Lawal was the second Nigerian to win a medal on Sunday after Edidiong Umoafia won bronze in men’s weightlifting.

Speaking on her dominant performance in Birmingham,…

X
Database reveals Biden Department of Education’s ties to campaigns, unions and l…HeadlinesFox News NEWYou can now listen to Fox News articles! A database housing the resumes and other personnel information of members of the Biden administra…