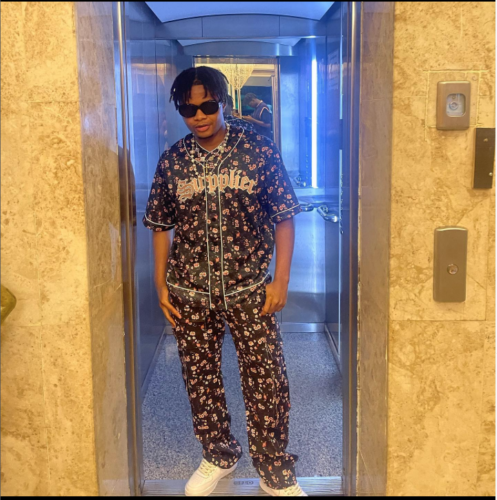 Nigerian singer, Crayon has opened up about his struggles and his Rise to fame.

The Mavin music star has shared how he cried in 2021 because he want getting gigs. According to him, he felt that he lacked the talent and people just didn’t like his songs because he was always ignored.

Crayon narrated how he had to met Don Jazzy and cry like a baby especially after his 2021 hit songs didn’t get him any show/event. He also used the opportunity to thank Rema for being a friend and a brother. He admitted that Rema helped him rise back and has no idea where he would have been without him.

Crayon got signed to Mavin Revords in 2019, He received massive recognition after his fire verse on Mavin’s OVERDOSE.

Crayon recounts how he almost lost his mind