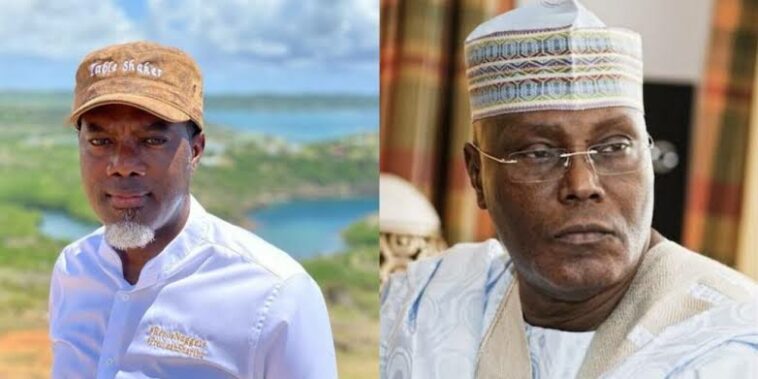 Omokri made this on Monday after a book written by the former vice president revealed that he may have supported the Abiola-Kingibe ticket during the 1993 presidential election.

Naija News reported that the book titled, ‘My Life, shows that Atiku supported the presidential ambition of MKO Abiola for a vice-presidential candidate slot.

Abiola, however, dropped Atiku and picked Babagana Kingibe as his running mate in the election.

Atiku in the book claimed that the late former president, Umaru Musa Yar’adua, at the time was pissed with the betrayal of Abiola who had dropped Atiku for Kingibe.

In a tweet via his Twitter handle on Monday, Omokri said that Atiku may have supported the Abiola-Kingibe ticket in 1993 because there was no terrorism and banditry.

The former Presidential aide added that…

Back to Top
Close
X
LP embarks on harmonisation of pro- Obi, Otti groups …Political LandscapePolitics In order to build a formidable political bloc ahead of 2023 general election, the supporters of Mr Peter Obi for President and Dr Alex Otti f…

Atiku may have supported Muslim-Muslim ticket in 1993 – Reno Omokri