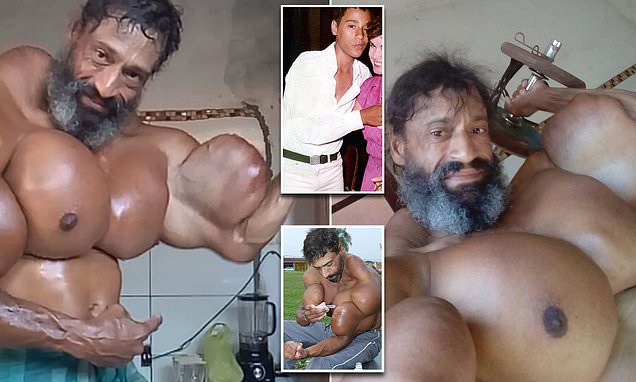 A Brazilian bodybuilder and TikTok star who gained 1.6 million followers by injecting himself with life-threatening oil to create 23-inch biceps has died on his 55th birthday in Ribeirao Preto.

Valdir Segato had been using synthol injections for years despite risking strokes and infections to produce hulking biceps, pectorals and back muscles.

Segato, originally from Sao Paulo, previously said he was inspired by the physiques of Arnold Schwarzenegger and fictional characters like The Hulk, and spoke of how he was proud to be known on the streets as ‘the monster’.

Six years ago he was warned he faced amputation, or at the very least nerve damage and muscle disfigurement, if he continued to use the injections to bulk himself out. But Segato, previously a construction worker, said he liked the attention it brought – and wanted to get even bigger…