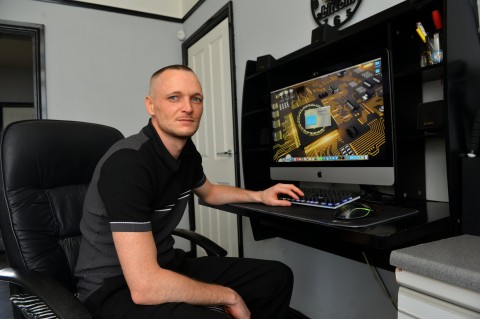 A dad who threw away his computer hard drive with a £150million Bitcoin fortune wants to use robot dogs to find it – buried under thousands of tonnes of rubbish in a massive landfill.

Computer engineer James Howells, 37, accidentally dumped the hard drive during an office clear out in 2013 when he threw out the wrong set of parts.

It is now sitting somewhere in a council rubbish tip in Newport, South Wales – and nearly 10 years later James is plotting a £10million hunt to find it.

He has written out two proposals to the council backed by hedge fund money depending on how much of the site he would be allowed to search.

The plans include experts from landfill excavation, environmental waste management and data recovery – as well as security in the form of robot Spot dogs who patrol the area to ensure nobody else tries to locate the device.

Using AI technology a mechanical arm would filter through the rubbish before it was picked by hand.

James has been told his planned exploration of the rubbish dump would cause an environmental risk, despite his vows to make the search safe.

James has even offered the hard-up council a share of the money, pledged to hand Bitcoin shares to residents and fund the opening of a cryptocurrency hub if successful…

Back to Top
Close
X
Female prison worker, 27, arrested for allegedly romping with inmate in cupboard…Last PostA female staff member at a prison has been arrested for having an alleged romp with a randy inmate on several occasions – including in a cupboard. Kay…