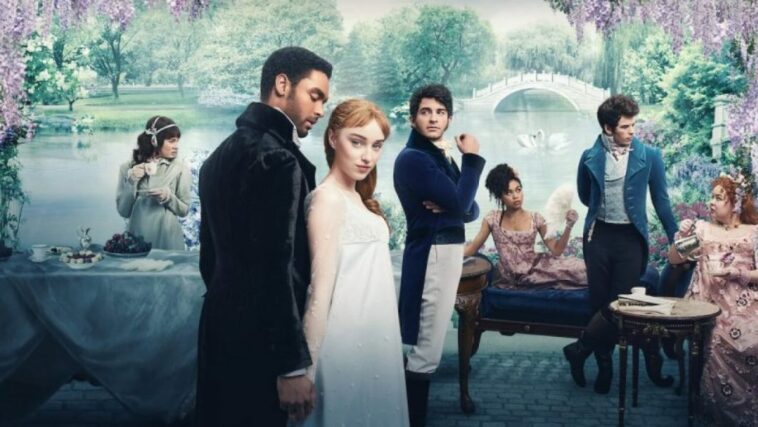 Following the increased demand for their imitation on TikTok, Netflix Inc. filed a lawsuit against the producers of an allegedly unlicensed musical stage version of its well-known period drama “Bridgerton,” accusing them of copyright infringement.

Three days after “The Unofficial Bridgerton Musical ” sold-out performance” at the city’s Kennedy Center, the complaint was made against Abigail Barlow and Emily Bear in a federal court in Washington.

Since they had not yet read the complaint, the defendant’s attorney was unable to immediately comment.

A record-breaking 82 million people watched “Bridgerton,” based on the bestselling romance novel by Julia Quinn, in its first four weeks on Netflix. After receiving a second season renewal, it spawned a spin-off series and a live event called “The Queen’s Ball” that was held in six different cities.

Following the first release of “Bridgerton” in December 2020, according to Netflix, the defendants began sharing content about the show on TikTok, where they had 2.4 million followers. This included writing songs based on certain characters, situations, lines of speech, and story points.

The corporation claimed that despite repeated warnings to cease, the defendants persisted in creating “The Unofficial Bridgerton Musical” a Grammy-winner and stage production.

Back to Top
Close
X
Atiku laments ASUU strike, promises students’ loans if elected president…Latest NewsAtiku Abubakar, the presidential candidate on the platform of the Peoples Democratic Party (PDP), says he is worried about the ongoing ASUU strike, pr…