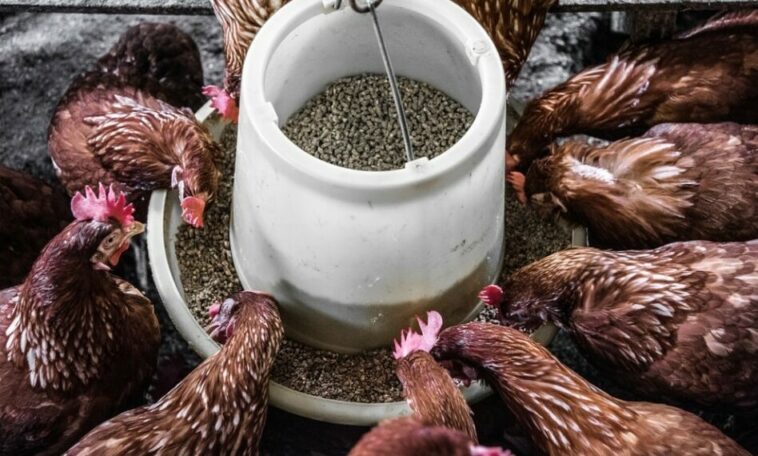 The average price of poultry feed in Nigeria rose at least 168 per cent in the last three years, a huge surge that underlines the scale of Nigeria’s food inflation in the last few years.

On average, a 25 kilogramme of poultry feed, made mainly from maize, soybean, wheat, and millet, rose from N3600 in 2019 to between N8500 and N10,000 in July 2022, according to market surveys by the Centre for Journalism and Innovation Development (CJID).

Food prices in Nigeria accelerated 20.6 per cent in June over the previous year, the fastest pace in 11 months, according to the National Bureau of Statistics. Headline inflation shot to 18.60 per cent, a five-year high.

Prices of goods and services have rocketed in Nigeria stoked by several factors. Inflation worsened in 2019 after the government closed the borders to check smuggling and boost rice production and other essential food production. But low domestic production slowed supplies amid huge demand, driving prices. The pandemic lockdowns, shortage of foreign currency, insecurity, high fuel prices, and lately, Russia’s war in Ukraine complicated the problem.

Nigeria’s poultry industry, worth $4.2 billion according to the United Nations Food and Agricultural Organisation, is a major protein source for over 200 million people. But the sector, which contributes nine to 10 per cent to the GDP, has struggled in the last three years and many operators have abandoned their businesses due to high costs. Farmers lament high feed costs and traders complain about the costs of the constantly rising ingredients.

“Poultry feed has tripled since I started the business in 2019, especially since security issues have challenged farmers from producing corn which is a major component of poultry feed,” said Juliet Ebere, poultry farmer in Abuja.

Farmers say they require approximately a kilogramme of starter feed to feed one broiler from week one to three. They need about 3kg of starter feeds for another three weeks, and between week seven and eight, a broiler requires 2.5kg of finisher feed. This totals to 650kg or 26 bags of feed for 100 broilers — N247,000. It would have been N93,600 just four years ago.

“The situation has really affected me; many farmers have withdrawn from the…

X
Confusion as communications ministry rejects FG’s 5% excise duty on sector…FeaturedWe’ll explore every legitimate means to stop it, says Pantami There appears to be a lack of cohesion within the Federal Government as the Ministry of …