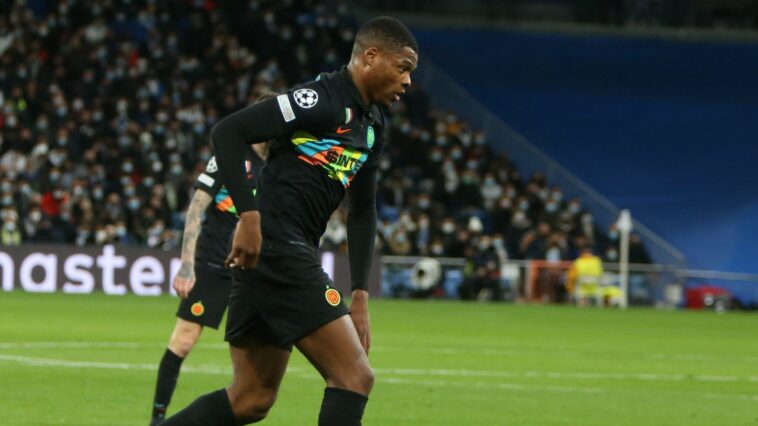 Chelsea have reportedly ‘sounded out’ Inter Milan about signing their full-back Denzel Dumfries this summer on a permanent basis.

The Blues are ramping up their summer transfer business ahead of the new season.

They are looking to better last season’s third-place finish in the Premier League.

Having finished 19 points behind Man City last term, they have a lot to do if they are to close in on their rivals.

They have looked to weaken City this summer by signing Raheem Sterling. They have also spent big to bring in Kalidou Koulibaly from Napoli.

The Senegal international has explained why he decided to join Chelsea this summer:

“It’s true that it is a long time that the Premier League wanted me to come,” Koulibaly said (via The Daily Mail).

“I believe in God and these things so the moment was now. Maybe before nobody was ready and Napoli didn’t want me to come.

“I am not a player that likes to go fighting with my club to leave. I have a lot of respect for the owner and supporters but I think that this time was a good time to leave Napoli.

He added: “And why Chelsea? They are the only club that wanted really to come. We had the first link in 2016 when [Antonio] Conte came here and wanted me to come.

“It didn’t happen but I was always linked to Chelsea and this time the stars were in a good line so I came here and I’m really happy to join Chelsea and the Premier League.”

Back to Top
Close
X
Lampard confirms major injury blow for Everton ahead of Chelsea clash…SoccerStandardFrank Lampard has been left with major selection headache for Everton’s opening match of the Premier League season against Chelsea.Dominic Cal…